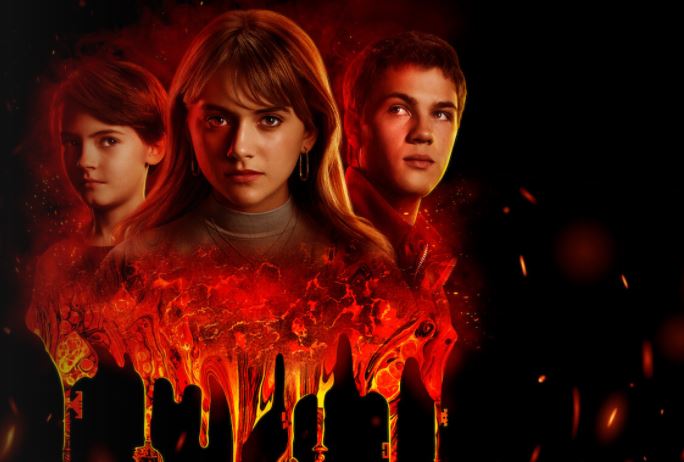 FIND ALL THE NEWS ABOUT THE END OF LOCKE & KEY SEASON 2 ON NETFLIX! NEXT BAD, WHO IS DEAD? SPOILERS!

Locke & Key is available on Netflix! If you want an explanation of the end of Season 2, read on! After months and months of patient wait, the new season of the original Netflix series is now available to stream. Whether you’ve finished the season and need a little refreshment, or just want to know how Locke and Key Season 2 ends.

A lot happens in the flood of intricate intrigue that unfolds simultaneously at the end of Season 2. The clash with Gabe, which channels the demonic echo Dodge, is the central battle for the Locke children. After stabbing him with the Alpha Key, which kills both demons and humans, Tyler is certain the villain is dead. However, Dodge has faked death before, and it would be prudent to take a closer look at what is going on.

First of all, since Gabe was human, he died. Dodge, who was in Gabe’s body, is an Echo and seems impossible to kill. Therefore, Dodge could be alive. However, since the demon has nobody to possess, he could have returned to the mysterious void from which he came. It’s also possible that the demon transformed into a whispering piece of metal again. And that he waits until he can channel himself into another body.

It’s also worth noting that at the end of Locke & Key Season 2, Lucas reappears after being freed from Dodge. He was the first human Dodge infected many years ago. And he has remained under the control of the demonic echo ever since. Watching Lucas come back to himself after all these years proves that Dodge, while not necessarily dead, doesn’t have a physical body yet.

Eden, after separating from Gabe, survives the attack on the Locke children. After freeing the ancient demonic entity called Gideon, she is thrown into the well. Once again, we do not know if Eden is dead, but she is undoubtedly indisposed. Most likely, she is trapped in the well and can only escape when summoned by someone with the Echo Key.

At the end of Season 2, Tyler leaves for a few months to spend the winter traveling. Kinsey stays in Keyhouse with their younger brother Bode and protects the Magic Keys. At the end of Season 2, it’s unclear if Kinsey and Scott are officially dating. However, they have broken the barrier between them, and a relationship seems to be emerging. While this is not discussed, Ellie has likely brought back some important information from her experience falling into the void.

WHO WILL BE THE NEXT BIG BAD BAD?

We have to imagine Frederick Gideon being the villain of Locke and Key Season 3, and he’s probably worse than Dodge. The jury is still out on whether Ellie isn’t a demon.