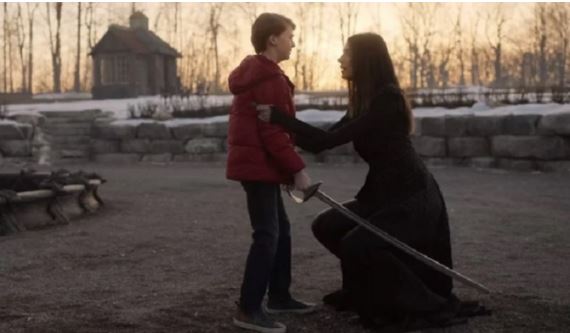 Locke & Key is available on Netflix! If you want to know all about the Season 3 release, read on! Locke & Key is a popular American horror drama series available exclusively on Netflix. Based on a comic book series of the same name, Locke and Key got its first season in February 2020.

Most fans loved the supernatural aspect of the series and its characters, which is why the creators renewed the series for another season.

The second season of Locke and Key has finally arrived, and after watching all the episodes, fans are wondering if we will have season 3 of this horror series. As expected, Locke & Key season 2 didn’t disappoint, and it was a lot darker compared to the first season. Everyone is already looking forward to receiving Locke & Key season 3, we tell you everything!

WHAT IS THE RELEASE DATE FOR LOCKE & KEY SEASON 3 ON NETFLIX?

The second season was released on October 22, 2021, on Netflix in full. Fans of the series will be delighted to learn that not only has Locke & Key Season 3 been approved, but production has already ended!

However, there is still no official news regarding a release date. Series, especially relatively large production ones like Locke and Key, typically don’t release more than one season per year.

Since most of the main cast are children and young adults, the production may have filmed seasons 2 and 3 so close to each other to ensure their continued appearance. We believe the Locke & Key Season 3 release date on Netflix should be set for the end of 2022!

Season 2 ends shortly after the epic battle between Dodge and the Locke family, in which the former is defeated and seemingly killed. However, Eden, Dodge’s underling, then frees an even more sinister entity named Frederick Gideon. The residents of the House of Keys remain ignorant of this new enemy, even as Tyler goes on a trip for a few months, leaving Kinsey and Bode to watch over the keys.

Locke & Key Season 3 will most likely see the eponymous Locke family battling Frederick Gideon for control of the keys, and the stakes will likely be even higher. Secrets of the void behind the Black Gate and the history of the demonic whispering iron used to craft the magic keys will also be explored.

Finally, now that Tyler finally knows how to forge keys with specific intentions, we can expect to see others with even more eclectic powers in Locke & Key Season 3.