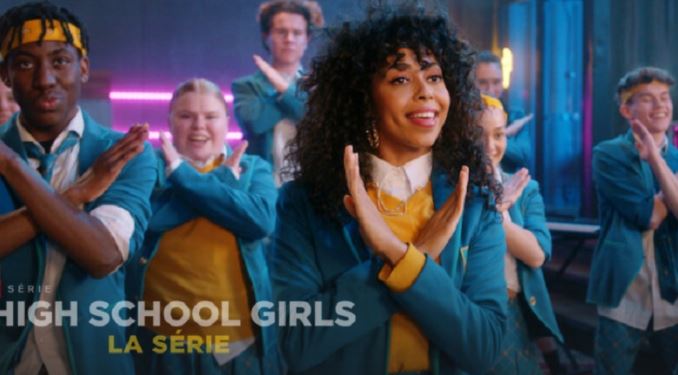 DISCOVER ALL THE NEWS ABOUT MISFIT SEASON 2 THE SERIES ON NETFLIX! RELEASE DATE AND MORE.

Misfit is available on Netflix! If you want to know all about the Season 2 release, read on! The new Dutch series from Netflix, based on the eponymous film. Dance, song, and good humor were present in the first season of this musical series.

When Netflix saw the success of the film in the Netherlands, Netflix was quick to contact the film crews to offer them to make a series on the same theme and with the same backstory, as well as the same main actors.

If you’re a fan of musicals, you’ve probably already devoured all eight episodes of the first season of the new original Netflix creation. So it’s time to ask if Misfit Season 2 will be available on Netflix anytime soon.

WHAT IS THE RELEASE DATE FOR SEASON 2 OF MISFIT THE SERIES ON NETFLIX?

The first season was released in full on October 16, 2021, on Netflix. Currently, no renewal announcements have been made for Season 2 of Misfit on Netflix. The renewal of the series will depend on two factors, the critics at first and the popularity of the series.

The reviews and popularity of the series have been pretty good, and it looks like a season 2 should see the light of day. In the event of a renewal, the Misfit Season 2 release date on Netflix should be set for the end of 2022!

In this series, we find Julia who plans to put on a big comedy in her high school with her friends. However, their plan will be jeopardized by the arrival of a new principal who prevents them from carrying out their project. But Julia will do everything to find a solution and get around the ban on the new headmistress.

As the show’s first season ends with a wacky show and then forgiveness from Lisa who proved to be responsible for the great betrayal, we want to know what Season 2 of Misfit on Netflix will hold in store for us. The second season should continue the story of our heroes.