Operation Hyacinth: Explanation of the end! 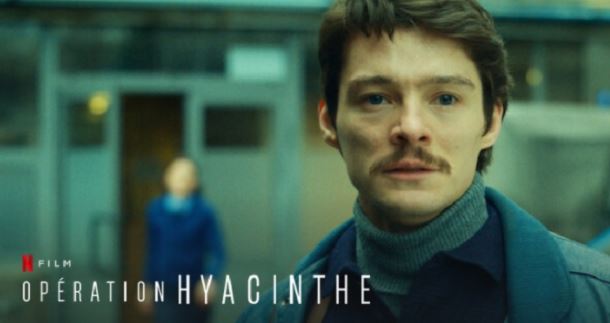 CHECK OUT THE EXPLANATION OF THE END OF NETFLIX’S OPERATION HYACINTHE MOVIE! WILL ROBERT AND AREK EVER MEET?

Operation Hyacinth is available on Netflix! If you want to know the explanation for the ending, read on! Real events inspired Operation Hyacinth. Based on the shameful story of communist Poland regarding the treatment of the LGBTQ + community in the 1980s, it uses this period of oppression between 1985 and 1987 to tell a gender crime story about a serial killer targeting male members of the gay community.

A covert operation by the Polish Communist Police has registered more than 11,000 of its citizens. They keep “pink case” files on each of them, beaten and arrested, forcing them to denounce one of their marginalized population. To find out how much the storyline draws from real events, read this.

Tomasz Zietek plays an idealistic young detective named Robert. He is charged with investigating a series of murders committed by a serial killer. Whoever it is, he goes after the male members of the LGBTQ + community. The case is closed after his partner extracts a confession from him. The case does not suit Robert, who leads an investigation that puts him in the face of his sexuality. If you have any questions regarding the end of Operation Hyacinth on Netflix, we’ll tell you everything!

EXPLANATION OF THE END OF HYACINTHE OPERATION

The killer is revealed to be a henchman working for an anonymous senior officer of Milicja Obywatelska. Before committing suicide, Professor Mettler tells Robert that he was blackmailed into cooperating with OM, which strongly suggests that he too was a victim of Operation Hyacinth. He then recruited several students from his university, the same institution where Arek studies.

Having seen Arek leaving Robert’s room, Edward discovers his son’s gender identity and calls Arek in for questioning. It makes for a wonderful moment as Robert stands up to his father for the first time in his life. Later, he retrieves the videotape of earlier from his father’s office. This time, he watches the entire video and finds that the senior MO officer he saw in his father’s office a few days ago is one of the active participants in a sex party.

When Robert goes to collect his award, the same officer gives it to him. The system depicted in the film is so corrupted that Edward knowingly protects a senior officer, even though that man has orchestrated multiple murders. The officer and his henchman only attack homosexuals present at the party to preserve his anonymity.

Edward informs the officer about Arek, who was also present at the party, and begs him to keep his kid-safe. The officer responds by assuring the father that Robert is in Edward’s care. After hearing all of this, Robert pursues the henchman to prevent Arek from being killed. The henchman is killed in the ensuing conflict.

As police sirens ring, the end of Operation Hyacinth shows Robert heaving a sigh, with the body floating in the background. We speculate on what will occur next and what will occur. All we know is that Robert, who had nothing to lose, stood by Arek as a true lover should.