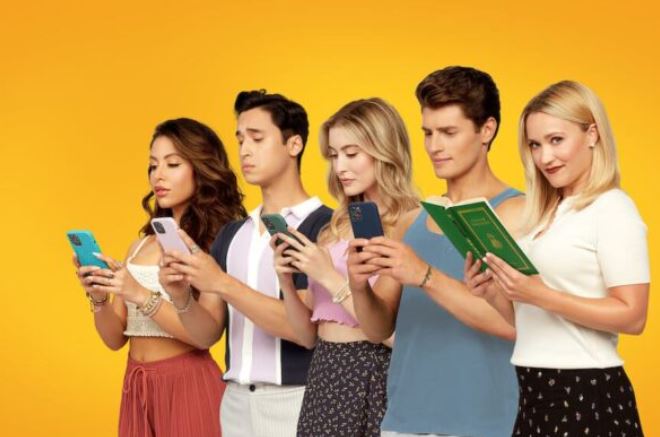 Netflix knows how to make us laugh. In terms of comedy series, we are indeed spoiled for choice on the streaming platform with the red logo. Between Brooklyn Nine-Nine, Superstore, Workin ’Moms, there is something for everyone.

But the streaming giant does not remain on its track record because it has decided to put its new sitcom Pretty Smart online this week. In this article, we tell you everything there is to know about this new, hopefully, hilarious piece of fiction.

PRETTY SMART: A COMEDY LOOKING LIKE HOW I MET YOUR MOTHER

The sitcom centers on the life of Chelsea, a bright young Harvard graduate who, after being dumped by her boyfriend, decides to move in with her sister Claire who lives on the West Coast.

But Chelsea will have to get used to Claire’s three roommates, who aren’t the people they would normally have dated. However, over time, a real family will form and the five friends will become inseparable.

The first season of the fiction will be divided into ten episodes that will last about thirty minutes each, unlike traditional sitcoms whose seasons are usually made up of at least twenty episodes.

If you like How I Met Your Mother humor, you’re going to love Pretty Smart because 2005 sitcom executive producer Kourtney Kang is one of six producers on the new sitcom.

AT THE PRETTY SMART CASTING

WHAT IS THE RELEASE DATE FOR PRETTY SMART ON NETFLIX?

The first season of Pretty Smart will be available exclusively on Netflix from this Friday, October 08. We will be able to find the first ten episodes of the sitcom from 9:01 am.