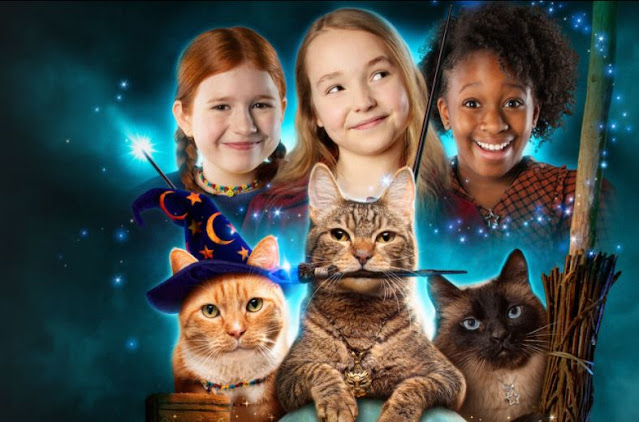 DISCOVER ALL THE NEWS ABOUT SCAREDY CATS SEASON 2 ON NETFLIX! RELEASE DATE, RENEWAL, AND MORE.

Scaredy Cats is available on Netflix! If you want to know all about the Season 2 release, read on! Netflix is ​​bringing scares the whole family to the occasion of Halloween with several different projects, including a brand new original series called Chabracadabra. Part of this year’s “Netflix and Chills” lineup, Scaredy Cats was released on October 1, 2021.

“On Willa Ward’s twelfth birthday, she inherits a lovely charm necklace that belonged to her mother, a witch,” according to the series. She quickly learns that two evil witches, Wilma and Wanda, are after her necklace for ultimate power, and she, along with her best friends Scout and Lily, transform into cats to escape.

If you liked the first season, you are probably impatient to know when the Scaredy Cats Season 2 will be released on Netflix, we tell you everything!

WHAT IS THE RELEASE DATE FOR SEASON 2 OF SCAREDY CATS ON NETFLIX?

The first season was released in full on October 1 with 9 episodes. Currently, no renewal announcements have been made for Scaredy Cats Season 2 on Netflix! At the end of the first season, we see Willa and her friends become full-fledged witches, ready to face any obstacle in their path.

So, the inconclusive ending is enough proof that the series deserves another season and that it has a wide scope for further development. In the event of a renewal, the Scaredy Cats Season 2 release date should be set for the end of 2022 on Netflix!

The first season sees Willa, Lucy and Scout face off against the wicked witches Wilma and Wanda, who are determined to steal Willa’s magic amulet. Chaos sets in as the three friends join together, often in the form of cats, to defeat the evil witches after them.

Willa and her friends win the battle, much to everyone’s joy. The latest episode reveals that Willa’s mother Willow was trapped in the amulet and had to use her magic to protect her and pass her situation on to her daughter. Willow finally reunites her family, and Willa is proud of her success as a witch.

Scaredy Cats Season 2, if renewed, could follow the continued journey of the trio – Willa, Lucy, and Scout, as they become more comfortable with their magic and face even greater threats. “I can’t wait to see which evil witches we will fight,” Willa says at the end of the last episode.

The series sufficiently established the lore of both good and bad witches in the first season, so it’s likely to delve into the same if the possibility of another season presents itself.