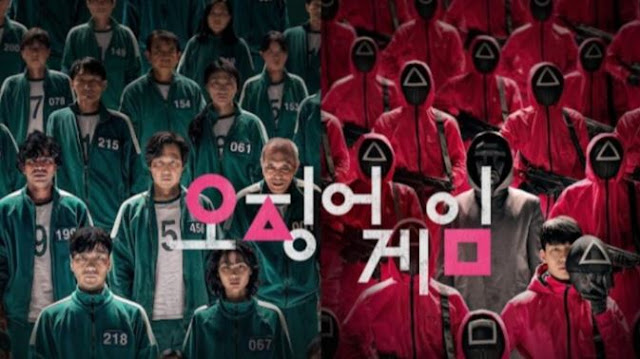 Squid Game is available on Netflix! If you want to know where to follow the cast of Squid Game Season 1, read on! South Korean drama Squid Game became one of Netflix’s biggest series after its release on September 17, 2021. For the explanation of the ending, read this.

In this nine-part, Battle Royale-style series, 456 cash-strapped people risk their lives in a nightmare survival game to win billions of Korean won. Unfortunately for them, the game’s survival element is taken literally, and the penalty for losing is death. To find out if a season 2 will see the light of day, read this.

In addition to its binge-worthy premise, Squid Game has a large cast offering top-notch performances. But who is who and where have you seen them before? We tell you all about the actors of Squid Game and where to follow them on Instagram!

Lee Jung-Jae mirrors the personality of Squid Game’s Seong Gi-Hun in many ways, as he is mostly kept low-key. He is not active on social media platforms, but he does have an official Instagram page that has garnered 239,000 followers so far. Follow the 456 actors on Instagram @leejungjaeactor!

Park Hae-Soo is a rising star in the Korean movie business, having starred in a number of successful movies, television series, and stage productions. He won three awards for Best New Actor and was nominated for five more.

Interestingly, he appears to be rather reclusive and has no presence on social media Instagram, Facebook, or Twitter even going so far as to remove a fan page with over 100,000 followers. 218, therefore, does not have an Instagram.

Anupam Tripathi’s portrayal of Abdul Ali showcased his big heart and won over many fans. He is active on Instagram, with an account of over one million followers and nearly 300 posts. Her account is over six years old and gives a refreshing and honest look at her personality and interests. To follow the 199 actors on Instagram @sangipaiya!

Jung Ho-Yeon burst onto the scene playing Squid Game’s most beloved character, Kang Sae-byeok. His take on the character is all the more surprising given that it was his first professional role in the industry. Before Squid Game, she was a successful model, which helps explain her massive online presence of over 11 million Instagram followers. Follow the 067 actresses on Instagram @hoooooyeony!

Lee Yoo-Mi played a relatively modest role in Squid Game, but that didn’t stop him from making a big impression. She’s an experienced actress with over two dozen projects under her belt, but she hadn’t been able to build up a big following until her role as Ji-Yeong.

Heo Sung-Tae played the role of an easy-to-hate villain to perfection alongside arrogant criminal Jang Deok-Su. Ironically, his character in Squid Game couldn’t be more different than the one he plays in real life. He is active on Instagram, where he has 900,000 followers. To follow the 101 actors on Instagram @heosungtae!

Kim Joo-Ryung played one of the loudest personalities in Squid Game, making a lasting impression on viewers, for better or for worse. She has 1m followers on Instagram and shares glimpses of her personal life, as well as behind-the-scenes photos. Follow the 212 actresses on Instagram @kimjooryoung!

Wi Ha-Joon has one of the biggest online followings among the cast members of Squid Game, having accumulated nearly a decade of experience as an actor. He has 4.6 million followers on Instagram and often posts about the projects he’s working on. To follow the cop actor on Instagram @wi__wi__wi!

Lee Byung-Hun plays the mysterious masked presence known as Front Man, so it’s difficult to match a face to the man behind the mask. Fortunately, viewers eventually uncover the secret identity of the masked man in a shocking twist. To follow the Masked Man actor on Instagram @ byunghun0712!

It’s not terribly surprising that Oh Young-Soo doesn’t personally maintain any social media pages, but the 76-year-old actor has an official fan page on Instagram. While Oh Il-nam’s intentions might not have been the purest, Oh Young-Soo’s portrayal of the character made it hard not to like him. For this reason, it’s not hard to see why so many people have flocked to follow him online.