The Billion Dollar Code Season 1: Explanation of the end of the series! 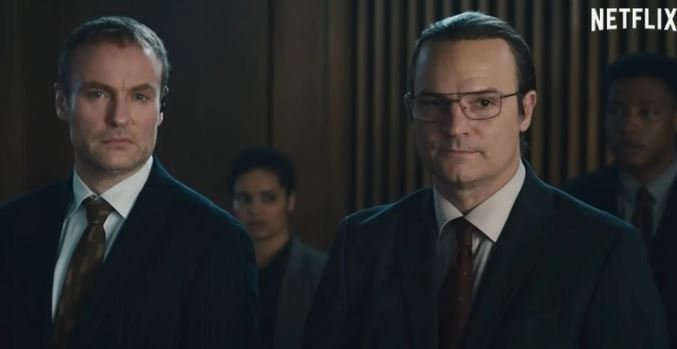 FIND THE EXPLANATION OF THE END OF SEASON 1 OF THE BILLION-DOLLAR CODE ON NETFLIX!

The Billion Dollar Code is out now on Netflix! If you’d like to know the explanation for Season 1, read on! In the high-tech world, we always hear about the “winners”: Bill Gates, Steve Jobs, Mark Zuckerberg, Elon Musk, Jeff Bezos, Jack Ma, and so on. Read on to learn when Season 2 will be available.

But for every winner, there are many “losers” – the people who paved the way for others to ruthlessly squeeze billions out of their efforts. The Billion Dollar Code is based on a true story, that of the founders of a company that sued Google for the algorithm used on Google Earth. If you have any questions regarding The Billion Dollar Code Season 1 ending, read on!

EXPLANATION OF THE END OF SEASON 1 OF THE BILLION-DOLLAR CODE.

Google offers Carsten and Juri three times the amount in damages if they sign a nondisclosure agreement, realizing the lawsuit is almost over. Carsten and Juri refuse, setting an example for tens of millions of small enterprises around the world. They then return to Germany to reunite with their former colleagues and construct a new internet.

However, The Billion Dollar Code is not that story. Like many others before them, Carsten and Juri are demolished by the verdict, and their hope of being recognized for creating some of the most ingenious and useful software of all time is lost forever. However, their indomitable creative spirit still seems to be intact.

At the end of Season 1, Juri reveals to Carsten that he has a new idea, and the latter ironically asks him if there will be another revolution, as he wants to be prepared for it this time around. It may not be a happy ending, but it holds promise for the future.

In many flashback scenes, Juri is seen as a child standing on a high diving board, watched by his father who, from the ground, with several other people, encourages him to jump. However, because Juri is afraid of flying, he is still unable to do this jump. It is later revealed that Juri’s father was an accomplished diver, but that Juri never took a liking to the sport.

Ironically, he takes inspiration from Superman when he resolves initial problems with Carsten’s ideas. Before the trial, Carsten helps his friend face his fears by taking him high diving from the same board as before. When both men jump, they leave behind all of their worries, personal conflicts, and disappointments. When they hit the water, they’re ready for the test.