The Chestnut Man Season 1: Is the Netflix series based on a true story? 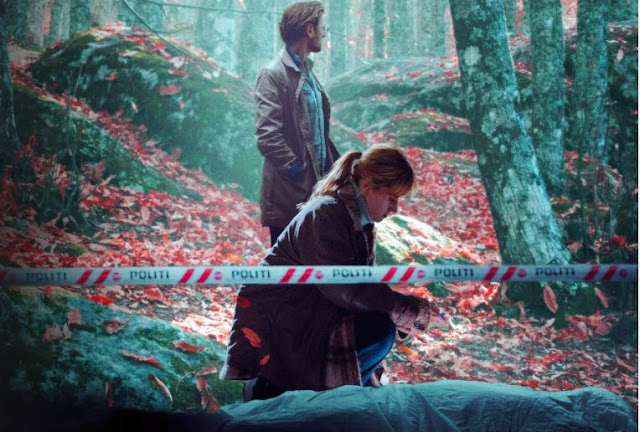 FIND OUT IF THE CHESTNUT MAN SERIES ON NETFLIX IS INSPIRED BY A TRUE STORY!

The Chestnut Man is available on Netflix! If you’d like to find out if The Chestnut Man is inspired by a true story, read on! Don’t go watch The Chestnut Man on Netflix expecting to be so scared you’ll never sleep again. But if you can endure some spooky passages and a constant sense of dread watching all six episodes, and you’re interested in something that looks like it could happen in real life, then you’re just scared enough.

That being said, as The Chestnut Man feels like it was ripped from the headlines, some viewers want to know if the show is based on a true story. This is a mysterious murder, which is almost scarier than a ghost story, as it is about murders that could happen in the real world. If you want to know if a second season will see the light of day, read this. Otherwise, we’ll tell you if The Chestnut Man was inspired by a true story!

IS THE CHESTNUT MANIS SERIES INSPIRED BY A TRUE STORY?

No, The Chestnut Man is not based on a true story. Søren Sveistrup created the series with Dorte Warnøe Høgh and David Sandreuter, and in doing so he drew inspiration from his novel. Although the story looks very realistic thanks to the higher value of the production, it seems the screenwriter was touched by another case that inspired this morbid tale.

A local scandal erupted in the Danish community, which highlighted the plight of children placed in foster care due to the apparent negligence of the authorities. He read the news of the scandal in the newspapers before setting off to pick up his son from kindergarten.

At school, he saw the show of kids making tiny stick man figures out of chestnuts, which was even more striking when they sang the spooky song about leaving the man with the chestnuts. chestnuts enter the house.

The story isn’t based on a serial killer with a penchant for oppressive parents, after all. However, the fact that the story is false does not mar the excellence of the drama, it uplifts it on the contrary. The public does not believe for a single moment that the story is a lie, and the complexity of the mystery makes it all the more plausible.

The directors paint the narrative in a cold, Nordic black vibe, which adds to the chilling implications of the story. Adding the local folk practice of making chestnut figurines to the puzzle makes it more specific to the region, while the black appearance gives it an international feel. Considering these aspects, the story may not be anchored in reality, but it does not fail to engage audiences from the first moment.