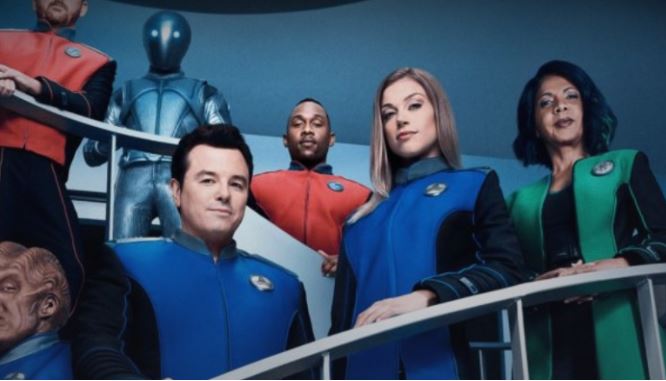 The Orville is available on Disney Plus! If you want to know when Season 3 will be released, read on! The futuristic series, created by and with MacFarlane, follows the crew of the U.S. Orville as they explore outer space on various intergalactic missions, and navigate their complicated relationships along the way. The Orville premiered in 2017 on Fox, while the show’s second season premiered in 2019.

Orville has had its share of setbacks. The first season of the Star Trek parody series received generally negative reviews upon its release.

However, she found her cruising speed in Season 2 and ensured a stable fan base who appreciated the consistency of storytelling and offbeat comedy. Newly arrived on Disney Plus in France, fans now want to know when Season 3 of The Orville will be released, we’re telling you everything!

WHAT IS THE RELEASE DATE FOR SEASON 3 OF THE ORVILLE ON DISNEY PLUS?

The first two seasons of The Orville arrived on Disney Plus in France in mid-October 2021. The series went from Fox to Hulu. The production of season 3 of The Orville is scheduled to begin in late 2019. But, as is the case with many series, the COVID-19 pandemic has resulted in several setbacks that have caused the series to be released much later.

Now dubbed The Orville: New Horizons, The Orville Season 3 release date has been set for March 10, 2022, on Hulu in the US. Regarding the French release date of Season 3 of The Orville, we have no additional information, it may arrive on Disney Plus the same day, a week after, or when it arrives at the end of the season broadcast on Hulu. In any case, we will have it for the 2nd quarter of 2022!

In Season 2, the crew of the USS Orville encounters new creatures on different planets like Moclus, Xelaya, and Nyxia. They even come into contact with a civilization on Regor 2, which is on the hunt for intelligent life forms. On Kaylon 1, the crew learns about the people of Isaac and their troubling past.

Isaac’s experiences with the time travel device go awry in the penultimate episode. But it looks like the original timeline has been restored as Kelly and Ed appear to be around the time they started their relationship. Unfortunately, the titular ship is destroyed in the process.

Season 3 of The Orville will take a more in-depth look at the consequences of the decisions Isaac made in Episodes 8 and 9 of Season 2. Additionally, we will know what happens after Kaylon attacks the Planetary Union and how. it affects Isaac.

MacFarlane shared that we will learn something important about Claire and explore the planet Xelaya as well. We may not have seen the last of the Krills, which seem to be important for the storylines of the next edition. But we were promised lots of battles, parties, and almost three times the visual effects!