There’s Someone Inside Your House: Explanation of the end! 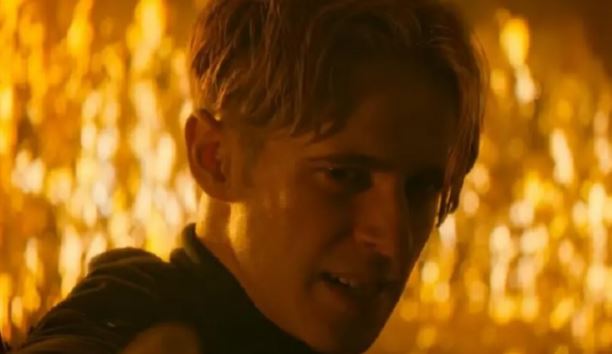 There's Someone Inside Your House

FIND OUT ABOUT THE END OF THERE’S SOMEONE INSIDE YOUR HOUSE  ON NETFLIX! WHO IS THE KILLER?

In the increasingly privatized Corn Town of Osborne, everyone knows everyone, but a menacing serial killer from Osborne High School is determined to reveal the deepest secrets of his fellow students to the light of day. class. To find out if a sequel will see the light of day, read this.

Despite a somewhat predictable trajectory, the thriller remains lively and captivating with the attention to fine detail, as it keeps audiences enthralled until the final exposition.

Patrick Jack-Brice’s serial killer drama comes alive with meditative camera work, a thriller script, and the ethereal voice of Sharon Van Etten. If you have any questions regarding the ending of There’s Someone Inside Your House, read on!

EXPLANATION OF THE END OF THERE’S SOMEONE INSIDE YOUR HOUSE.

Ollie is taken into custody, then released. Makani finds herself alone in the school building after the rest of the school leaves on a field trip to the Sanford family’s corn maze, and Makani misses the bus. When she sees Ollie’s car stop, she runs away and bumps into her friend Caleb in the hallway.

Before she can tell him, Caleb is stabbed with a sword by the killer. At the same time, Ollie runs into the building, shouting Makani’s name to warn her, which means the killer isn’t Ollie.

The killer, wearing a mask of Caleb’s face, thrusts the sword into Makani’s hands. Ollie calls for help. Makani sees that someone has spray painted the lockers, and realizes that the killer is going to the corn maze where all of his classmates are.

Zach calls Makani and frantically tells him that the maze is on fire and that he is going to look for his father. Makani tells Ollie to drive his car through the burning maze, to clear a path for everyone to escape. While helping the students to evacuate, they witness the murder of Zach’s father by the killer. Then the killer takes off his mask, and it’s Zach, the son of the wealthy farm owner.

Zach explains in his little villainous monologue that he intended to teach his father a lesson. Zach stabs Ollie and explains that he is not a sociopath and that he doesn’t want to feel ashamed just because he was born into a privileged environment. He also talks a little bit about everyone wearing fake faces, hence the history of the mask. Then Ollie hits Zach, and Makani stabs him, and it’s over.

WHAT HAPPENS TO THE FRIEND GROUP?

They graduate and disperse while staying in touch. Makani and Ollie reconcile after the incident. They get married, while Caleb receives a call from Colorado State University. At the same time, Alex pursues his music dreams and receives a letter from the Manhattan School of Music. Darby follows his dreams of NASA.

But with Rodrigo and Zach being absent from the group and the string of events surrounding the city, life is never the same again. However, the film ends with Makani’s poignant poem about the summers of their departing youth at the graduation ceremony, and the story lingers on that drop note.