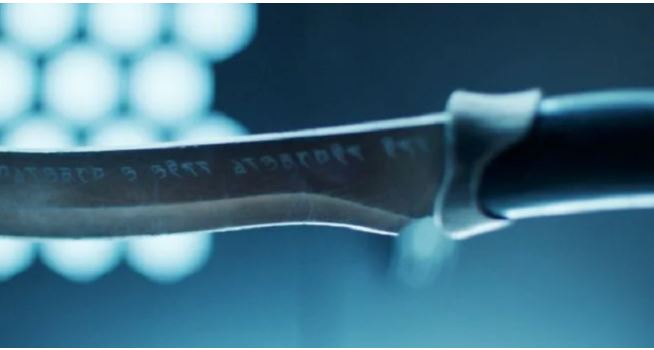 Titans is available on Netflix! If you want to know the explanation for the end of Season 3, read on! So far, each season of Titans has felt distinct from the last, and Season 3 was no exception, moving the action to Gotham City and focusing on Jason Todd’s tragic transformation into the infamous. Red Hood.

Manipulated by a newly released scarecrow, Todd helps Jonathan Crane bring Gotham to its knees, driving Batman out of the city, turning the Titans into wanted criminals, and corrupting the GCPD into a personal army. The situation in Gotham looks spectacularly grim heading into the Titans Season 3 finale.

Thanks to Batman’s infuriating habit of keeping everything as a “trophy,” the Scarecrow plots to recreate the stunt he was going to make before Batman and Robin got involved. Nightwing and Red Hood have teamed up to stop him, but they are unlikely to succeed, as Wonder Girl, Beast Boy, and Raven are scattered elsewhere in town.

Starfire and Superboy, meanwhile, fight over Blackfire, after Conner Kent refuses to let his new girlfriend leave town. Entitled “Purple Rain” for reasons that quickly become obvious, season 3 of Titans solves all of its major intrigues. The finale even sets the stage for Titans Season 4 by announcing the introduction of a Batman villain. We tell you everything here. Here is the explanation for the end of Season 3 of Titans.

EXPLANATION OF THE END OF TITANS SEASON 3

Crane’s plan to detonate the city with his hallucinogenic bombs is foiled when the Titans go their separate ways with their plan. Dick Grayson / Nightwing, Tim Drake, and Gar / Beast Boy travel to Wayne Mansion to arrest Crane. Gar enters the mansion and calls for Jason to help him inside by killing all of the corrupt GCPD officers paid by Crane. They find a way to enter the Batcave and stop Crane.

Meanwhile, Rachel Roth, Donna Troy, Connor, Coriander, and Komand’r make their way to town. Rachel manages to absorb the contents of the pit and Koriander manages to obtain the conciseness of powers in the form of a ball that is shielded from the explosion by Koriandr’s force field.

They release her into the clouds with Connor setting off a storm, and the rain including the contents of the well revives those who had died from one of the hallucinogenic blasts. After the fight, Bruce Wayne returns to a rebuilding Gotham and meets Jason Todd one last time, who tells him he’s leaving town for good.

We think Curran Walters may not be on the show, and it was a perfect way to erase his character rather than kill him. The introduction of ARGUS makes it all the more interesting that if Troy stayed in town she would join the ranks. Tim Drake is the new Robin in the neighborhood and will begin his career as a crime fighter in San Francisco.

RA’S AL GHUL FOR THE CONTINUATION OF THE SERIES?

Ra’s al Ghul doesn’t physically appear at the end of Titans Season 3, but the episode pretty much confirms the iconic villain’s presence for Season 4. When Vee explains how ARGUS was drawn to Gotham because of Ra’s, she also reveals the truth behind the Lazarus Pit used to bring Jason Todd and Dick Grayson back to life.

ARGUS believes the pit was deliberately placed as part of a plan by Ra’s al Ghul, but this somewhat contradicts the scarecrow’s explanation earlier in the season. Crane described how Bruce Wayne closed all of the Lazarus Pits created by Ra’s but accidentally forgot one.

Either Ra’s al Ghul was lucky because of Batman’s incompetence, or he later returned and secretly set up this last pit. Vee isn’t sure what Ra’s has in mind, but since Lazarus’ Wells are the villain’s way to rejuvenate after centuries of existence, he probably intends to sneak into Gotham and then start. his next chapter in Batman’s backyard.

To heal those caught in the scarecrow gas attack, the Titans are spreading the juice from the Lazarus Pit all over the city, which Mr. al Ghul will not like. Thanks to Dick Grayson and his delinquent comrades, Lazarus’ well was drained, forcing Ra’s to change his plans.

Assuming Batman’s most wrinkled villain finds another way to resurrect, Ra’s al Ghul could hunt Grayson and his friends with vengeance in Season 4 of Titans and that could mean another Robin is not far away.