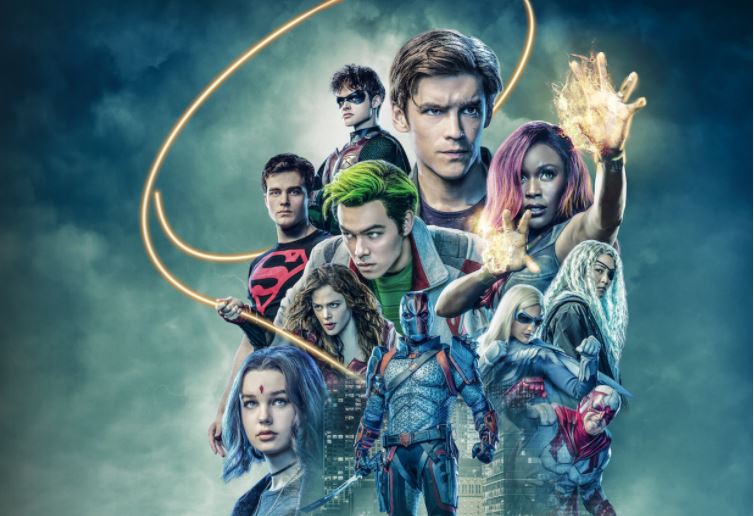 Titans is available on Netflix! If you want to know when Season 4 will be released, read on! The DC small-screen series, Titans, has just aired the Season 3 finale, and we’re going to explore the slated season 4 release window. For the explanation of the end of Season 3, read this.

The popular series features a union of fan-favorite comic book characters including Dick Grayson, Jason Todd, Barbara Gordon, and more, and the Season 3 finale just aired a heart-wrenching battle for Gotham City. Titans stars Brenton Thwaites, Anna Diop, Teagan Croft, Ryan Potter, Curran Walters, and many other major actors, and was created by Akiva Goldsman, Geoff Johns, and Greg Berlanti. We give you all you need to know about the release of Titans Season 4!

WHAT RELEASE DATE FOR TITANS SEASON 4?

Rejoice, fans of superheroic testosterone dramas, Titans Season 4 has been officially confirmed. Ahead of the Season 3 finale, the future of Titans was secured as part of the series’ 2021 DC FanDome panel.

There’s no release date yet, but given the COVID-related production delay between Titans seasons 2 and 3 and, of course, the grim possibility of further setbacks, a release date for Season 4 of Titans is expected to be set around early 2023.

Titans season 4 doesn’t have a cliffhanger ending that it desperately needs to resolve. Nonetheless, the Titans Season 3 finale leaves a trail of breadcrumbs for future storylines. The main action will return to San Francisco, the setting for the Titans, with Nightwing leading his team against even more evil criminals, while training Tim Drake as the next Robin.

In the Titans Season 3 finale, Vee reveals that ARGUS has been keeping an eye on Ra’s al Ghul after the Batman villain places a Lazarus pit in Gotham City as part of a ‘bigger shot’. This means that the main villain of Season 4 of Titans is Ra’s al Ghul himself.

And that he’ll have a grudge against Dick Grayson’s Titans after they drain his Lazarus bath to heal the Scarecrow victims. Finally, Titans season 3 ended Dick and Barbara Gordon’s relationship, paving the way for Nightwing and Starfire to rekindle their romance.