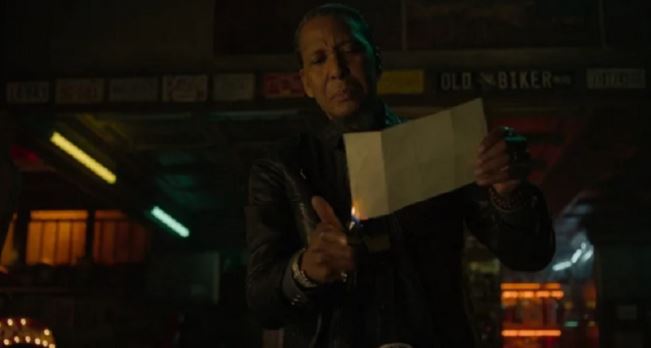 WATCH THE END OF TRUTH BE TOLD SEASON 2 EXPLANATION ON APPLE TV +!

Truth Be Told is available on Apple TV +! If you want to know the explanation for the end of Season 2, read on! The finale opens with Aames and police arriving at the crime scene after Shreves kills Martin. Poppy and Shreves refuse to speak, and Shreves is arrested.

Poppy explains to her lawyer and Markus what happened and, as you might expect, they think it is in self-defense. Writers must have no knowledge of what self-defense means – the first time he stabbed Martin could be interpreted as self-defense, but the second? Absolutely not.

Police are holding Shreves with probable cause for 48 hours, which means he will spend time in jail. Regardless, Poppy learns that Martin was tracking her, but also that cell towers placed him near Josh the night he was murdered. It also brings Micah back into the fold. To find out when Season 3 will be released, read this. Otherwise, we tell you all about the end of Season 2 of Truth Be Told on Apple TV +!

EXPLANATION OF THE END OF SEASON 2 OF TRUTH BE TOLD!

After being suspected of killing her husband for most of the season, Micah is ultimately exonerated when it is revealed that Martin had a grudge against Joshua. As a filmmaker, Joshua created a documentary about the Sons of Ivar, an extremist group to which Martin joined. The two supposedly had a falling out over the group’s portrayal in the movie, and the ex-cop came to resent Micah’s husband.

When Micah’s mate Ivy finds out that Rose has revealed to Joshua that his wife is an impostor, Ivy fears their brand, Shelter, will collapse and all their hard work will be in vain. Realizing that Martin was angry with her, Ivy teamed up with the ex-cop to kill Joshua.

They were obliged to kill Joshua’s son as well because they did not expect his son Drew to be with him. In actuality, Ivy admits that she and Martin planned to murder Micah in the process, but were unable to do so because Joshua returned home alone after his wife had gone out to dinner with Poppy.

It is finally discovered that Micah did not murder her husband or her son Drew. However, she is far from innocent. The crime Micah is desperately trying to cover up is the fact that she stole her friend Rose’s life story and published it as her own. As we see near the end of Season 2, the revelation that Micah is a fraud destroys her financially: her company, Shelter, closes its doors and she loses her opulent mansion.

Most importantly, Poppy forgives her when she realizes that Micah acted out of desperation to escape poverty and in doing so, she has helped more people than she hurt. So, season 2 of Truth Be Told ends with Micah’s justification. By already popularizing Rose’s story by stealing her, Micah seems to have paved the way for Rose to finally be recognized for her artistic talents.

Holt, meanwhile, is destined to spend many years in prison. Although he’s likely acquitted of the Joshua and Drew murders now that Martin has been arrested, Holt is still being held for Ramon’s murder. With Micah powerless to help him, the future looks bleak for this man.

At the end of Season 2, Shreve burns the birth certificate he kept for so many years, signifying that he has accepted Poppy once and for all as a member of his family. This could in part be the result of the life-threatening experience they had together when Martin attacked Poppy.

It’s also possible that Shreve realizes how much Poppy has bravely endured throughout her life and begins to take responsibility for it. The fact that he burns the certificate also seems to indicate that Poppy will probably never find out that she was adopted.