Venom 3: What is the release date? Is a sequel planned? 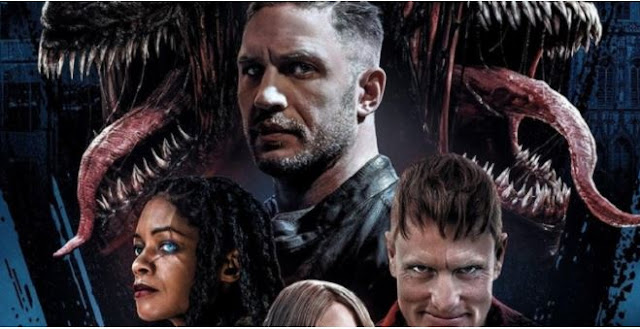 DISCOVER ALL THE NEWS ABOUT THE RELEASE OF VENOM 3! RELEASE DATE, RENEWAL, MCU, AND MORE.

Venom Let There Be Carnage is available in the cinema! If you want to know everything about the release of Venom 3, read on! Directed by Andy Serkis, Venom 2 is a superheroic action film. This is the second entry into Sony’s Spider-Man universe after the first Venom, released in 2018.

The story revolves around investigative reporter Eddie Brock, who bonded with the alien symbiote Venom and, as a result, acquired a number of special abilities.

In Venom: Let There Be Carnage, Brock and Venom’s primary antagonist is serial killer Cletus Kasady / Carnage. The latter is an offspring of Venom, but he is much more powerful than his progenitor. If you’ve watched the second movie, including the explosive post-credits scene, to find out its explanation, it’s here. You are probably wondering when Venom 3 will be released! We tell you everything!

WHAT RELEASE DATE FOR VENOM 3?

Tom Hardy has confirmed that plans are already underway for Venom 3, based on the success of Venom: Let There Be Carnage. Hardy says he worked on the script for Venom 3 at the same time as filming Venom 2 to create a sense of continuity between the two films.

While box office success will ultimately determine whether Venom 3 sees the light of day, Hardy confirms that the studio was “really, really happy with number two,” which bodes very well for the future of Venom.

Tom Hardy’s confidence in the making of Venom 3 is shared by director Andy Serkis, who is already scaffolding ideas for the next Venom movie. If it gets the green light in the next few months, audiences can expect Venom 3’s release date to be set for late 2023 in the cinema.

VENOM 3 WILL YOU BE IN THE MCU? SPOILERS!

Serkis has shown an interest in collaborating with Ravencroft Institute residents on future projects. Massacre and Vermin, for example, could occur in Venom 3.

If Spider-Man appears in the film, his relationship with this version of Eddie and Venom is unlikely to be antagonistic. Mulligan could become an important supporting hero who will help Venom fight off a much more powerful foe.

The post-credits scene in Venom: Let There Be Carnage is an important milestone for the franchise, officially establishing Venom as a member of the Marvel Cinematic Universe. For Venom 3, an onscreen portrait of Peter Parker teases a reunion between two famous Marvel heroes.

While it’s unclear exactly how this new reality was spawned, Marvel Studios is certainly stepping up its efforts to make the MCU’s multiversal Phase 4 the best yet, and include Venom in their plans. This, of course, is a direct confirmation that Venom’s next sequel will finally provide a scintillating opportunity for Spidey and Venom to come face to face.