You Season 3: Is Henry Dead? What happened ? 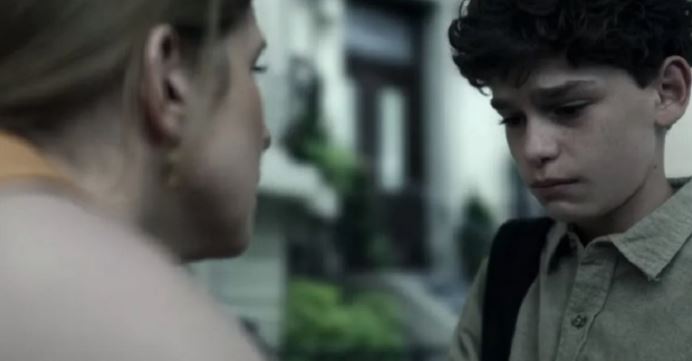 FIND OUT IF HENRY DIE IN SEASON 3 OF YOU ON NETFLIX!

You are available on Netflix! If you want to know all the info about Henry in Season 3 of You, read on! People are loving the third season and breaking down everything that has happened, from the deaths of the characters to the shocking finale of the season. One question some people might want to answer is whether Henry dies in season three. If you want to know the release date of season 4, read this.

If you’ve watched Season 3 in its entirety, you know its fate. However, we don’t mind answering this burning question. Not everyone makes it through the season, and many people are curious if Henry was one of the lucky ones.

HENRY IS DEAD IN YOU?

Of all the dangers and bloodshed faced by Joe and Love, the life of their newborn baby Henry hangs by a thread for the most unexpected of reasons. It turns out that the young boy has been diagnosed with measles and begins to become critical as his fever refuses to go down.

To make matters worse, the father seems to have caught the infection from his son and is starting to feel weak as he snoops around in his neighbor Matthew’s house. However, in the throes of a fever, Joe learns that Henry is healed and the child is saved.

The story does not end there, as it is revealed that Henry fell ill because he was not vaccinated. The man responsible for spreading the anti-vaccination propaganda that led to oblivion ends up in Joe’s iconic glass vault and maybe one of the few victims Joe and Love want to kill. However, the man ends up hanging himself and gives the killer couple a convenient alibi for Natalie’s murder.

COULD PENN BADGLEY REFUSE TO RESUME HIS ROLE IN THE SEASON 4? READ THIS!

Sadly, young Henry’s problems don’t end there, as Season 3 ends with Joe separated from his wife and child. Although Joe had always thought of running away from love since Season 2, he still planned to run away with his son and start a new life together.

Unfortunately, with Joe’s hasty escape after faking his death, he is unable to take his son with him. Henry is eventually adopted by Dante, Joe’s friend and former library colleague.

This is a particularly painful conclusion for our hero, as he always blamed his parents for their lack of attention. Joe has been frequently abandoned by his mother as well as his beloved nurse from the foster home, as shown in Season 3 flashbacks.

Therefore, Joe is heartbroken to leave Henry behind and promises to come back for him. He also leaves his son a letter, the contents of which he refuses to discuss with the public.

Henry eventually lives and is now being raised by Dante and her husband in a happy environment. It remains to be seen whether the young boy will ever reunite with his father or learn the truth about his crimes.