You Season 4: Release date and time on Netflix? 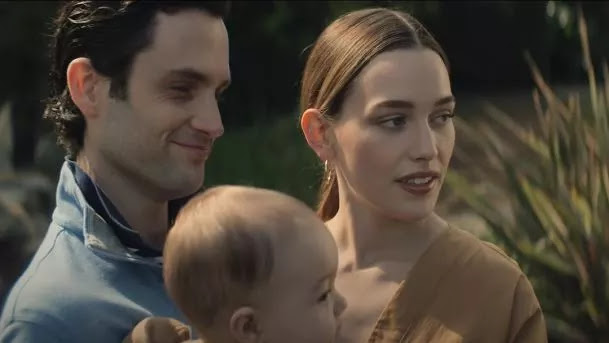 Just renewed for a session 4, You are back for its season 3 which installs the murderous duo formed by Joe and Love in a seemingly calm suburb. A new recipe to discover now on Netflix.

What are You talking about?

If you are not familiar with You, remember that this is an adaptation of the novel Perfect in VF by Caroline Kepnes which stars Penn Badgley (Gossip Girl) in the skin of Joe Goldberg, a bookseller who falls under the spell of Beck (Elizabeth Lail) and is desperate to obtain the love of the young woman. While the accidents around Beck multiply and the young woman is unaware of the obsessive nature of Joe, the latter does not know either, despite all his research, all the facets of his beloved – read our review.

Season 2 is based on Caroline Kepnes’ Hidden Bodies and follows Joe as he finds himself in Los Angeles where he meets Love Quinn (Victoria Pedretti), a future chef for whom he quickly develops an obsession. When Candace (Ambyr Childers) resurfaces and threatens to ruin his plans, Joe is desperate to stay in control. Things then get complicated instantly.

In season three, Joe and Love are now married and raising their baby in Northern California, in the enclave of Madre Linda, where they live surrounded by successful entrepreneurs in new technology, bloggers who give lessons, and educators. Instagram stars biohackers. Joe takes his new role of husband and father seriously, but he fears Love’s dangerous impulsiveness. And then there is his heart. Could it be that the woman he’s always been looking for is his next-door neighbor? To escape from a cage at the bottom of a cellar is one thing. The prison of a perfect marriage with a woman who reads you like an open book is another. The escape promises to be even more delicate.

The cast of season 3 of You

The release date of You season 4?

The third season was premiered in its entirety on October 15, 2021. We have some exciting news: You have been renewed for a fourth season on Netflix, just prior to the release of the third season. Because the gap between previous seasons was so wide due to the pandemic, it appears that the wait for Season 4 of You will be less intense. There’s a good likelihood that the release date for Season 4 of You on Netflix will be set for the end of 2022!