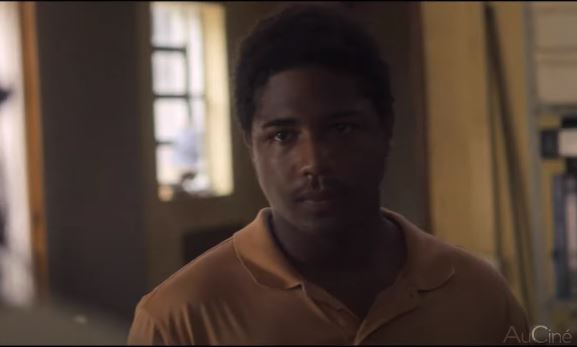 FIND OUT IF THE 7 PRISONERS MOVIE ON NETFLIX IS INSPIRED BY REAL FACTS!

7 Prisoners is available on Netflix! If you want to know if the movie is based on a true story, read on! Contrary to what its title might suggest, director Alexandre Moratto’s second feature movie, 7 Prisoners, does not take place in a prison or during an armed conflict, but in the slums of the city of Sao Paolo, in Brazil.

This naturalistic thriller, which takes a lucid, uncompromising, and hotly topical look at modern slavery sold as an opportunity for economic advancement, tells the story of a victim forced to become an executioner to survive. To find out if a sequel will see the light of day, read this.

Torn from their hometown with the promise of a stable, well-paid job, a gang of young men with no educational opportunities head to the big city. They are neither the first nor the last, but simply part of a great operation.

Mateus, an 18-year-old black man, and three others arrive at a junkyard. A scruffy Rodrigo Santoro, a Hollywood regular in his home country, plays Luca, a callous man, who greets them to help them strip copper and sort steel. To know the explanation of the ending in detail, read this. Otherwise, if anything made you think of a true story about 7 Prisoners, we tell you everything!

7 ARE PRISONERS BASED ON A TRUE STORY?

7 Prisoners is partially based on a true story. Although the characters are fictional, director Alexandre Moratto and co-writer Thayná Mantesso crafted the movie based on the distressing realities of human trafficking and modern slavery that plague the world, including Brazil.

Mateus’ character and the horrific events he has are based on a number of testimonies Moratto came across during his research for the movie. Unfortunately, in Brazil, great poverty and unemployment foster human trafficking and modern slavery to an extraordinary extent, creating and repeating the situations Mateus encounters in the movie.

Moratto had the opportunity to listen to first-hand accounts while creating the screenplay, which added to the film’s authenticity. In addition, when Moratto immigrated to Brazil, he was able to engage an artist who had previously worked in a covert workshop for six months.

With fictional characters to tie the knot, this gripping dramatic movie is Moratto’s attempt to convey the terrible realities of our world, and he emerges as the winner, as 7 Prisoners manages to become one of the voices of the voiceless in the world.