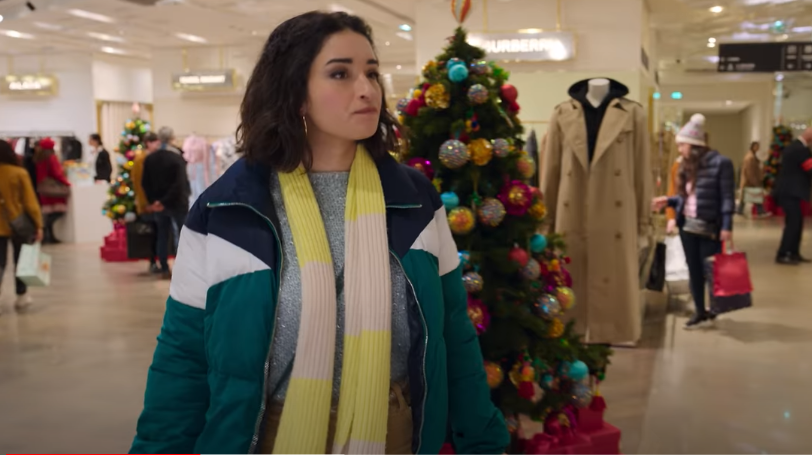 DISCOVER ALL THE NEWS ABOUT CHRISTMAS FLOW SEASON 2 ON NETFLIX! RELEASE DATE, RENEWAL!

Christmas Flow is available on Netflix! If you want to know all the info on the Season 2 release, read on! The French series was released this month and tells the story of an unlikely Christmas romance that blossomed between a famous rapper and a tenacious journalist.

But when they leave, he gets the wrong bag of gifts. And this is where the romance begins. To find out if the show is based on a true story, read this. If you have already binge-watch the series, then you probably want to know if Season 2 of Christmas Flow will be released soon on Netflix, we tell you everything!

WHAT IS THE RELEASE DATE FOR CHRISTMAS FLOW SEASON 2 ON NETFLIX?

The first season was released on November 17 in full. Currently, no renewal announcements have been made regarding the release of Season 2 of Christmas Flow on Netflix. Even though the first season seems to conclude the story of Marcus and Lila, there may be room for the development of a new part.

It’s not uncommon for a series to return with a new storyline involving new characters. If the series is a success and renewal is coming soon, the Christmas Flow Season 2 release date on Netflix should be set for November 2022!

WHAT CAN WE EXPECT FROM CHRISTMAS FLOW SEASON 2?

In the first season, Lila and Marcus first meet in a department store around Christmas time. Although they seem to have a certain chemistry, Lila is immediately disgusted when she realizes that her interlocutor is Marcus, the rapper.

Over time, she begins to like him too, but doubts about their future set in when she realizes how different they are. In the season finale, Marcus and Lila reunite after a year, and sparks spring between them. And even though Mel does her best to keep them apart, Marcus realizes that Lila has her heart. Marcus even manages to change Lila’s mind and convince her to give their relationship a chance.

If there’s a Christmas Flow season 2, it’s unlikely to follow Marcus and Lila. On the other hand, we could see the blossoming of an unexpected romance between new characters. But since the series seems to revolve around Christmas, feminism, and hip-hop, the directors could weave a new plot using the same elements. However, we will only know what the future holds if the series is picked up for a new cycle.