Cowboy Bebop Season 1: Who is the girl ?Explanation! 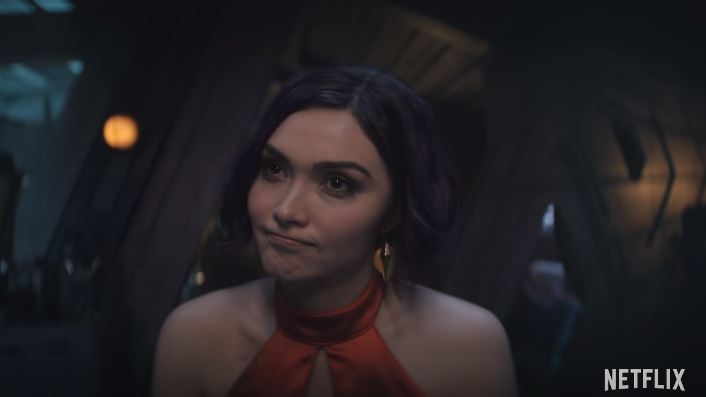 Cowboy Bebop Season 1: Who is the girl ?

Cowboy Bebop is available on Netflix! If you want to know the explanation for the end of Season 1, read on! This latest episode puts an end to most of the storylines while leaving plenty of room for a possible second season. To find out when Season 2 will be released, read this.

Faye’s past remains unexplored, to some extent, while Jet’s past ties to Kimmie appear to have been severely broken after the kidnapping incident. Likewise, the three bounty hunters have now taken different paths.

But that also leaves an intriguing prospect on the table for Season 2, with stand-alone chapters involving all three Hunters in their arcs. If you have any questions regarding the Cowboy Bebop Season 1 ending, read on!

While the Ancients are already dead and Vicious will soon die, Julia announces to Spike that the Syndicate throne is now within her grasp. However, Spike never aspired to that. He seeks peace and an ordinary life, preferably with Julia. So he ends up rejecting her in turn.

Julia claims their relationship was just a dream, echoing what Spike said earlier in the season before shooting her down. Spike, stunned, falls back, smashing the cathedral window and falling several floors below.

Spike and Julia don’t end up together at the end of Cowboy Bebop Season 1. However, Spike doesn’t die either, somehow surviving the fall. He manages to join the Bebop. By then, Faye had already gone in search of her birth mother.

Still struggling to come to terms with Spike’s betrayal, Jet tells him that the next time he sees him, he’ll kill him before leaving with the Bebop. By the end of Cowboy Bebop Season 1, Spike may not be dead, but he’s lost pretty much everything. In the finale scene of Netflix’s Cowboy Bebop Season 1, Spike emerges from a bar, disheartened and drunk, and falls flat on his face.

Suddenly, a red-haired girl appears, claiming she has a job as a bounty hunter for him. Ed, often known as Radical Ed, is Edward Wong Hau Pepelu Tivrusky IV. She is a member of the Bebop crew in the anime. An extraordinary hacker, Ed is somewhat androgenic and has an eccentric personality.

The live-action series makes reference to her in Episode 6. Jet tells Spike that Ed has informed him of the resurgence of an old bounty. Known as Cy-Baba, the criminal caused the deaths of 3,000 people and now goes by the name of Dr. Londes.

Spike is apprehensive, but goes ahead and captures the Ghost Bounty. Spike was correct, as it was ultimately discovered. Dr. Londes, also known as Cy-Baba, is a psychotic AI that captures her victims’ consciousness by locking them in a virtual reality loop.