Dexter Season 9 Episode 3:Matt is he alive? the Explanation! 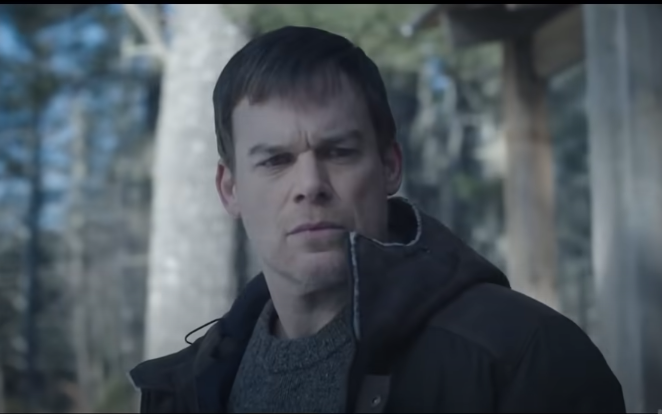 Dexter is available on Canal + in streaming! If you’d like to know the explanation for the ending of Episode 3 of Season 9, read on! Dexter has always looked his best when his titular character is with his back to the wall. The problem was, as the series progressed, Dexter got off far too easily and far too often, saved over and over by coincidence and third-party intervention.

We got to a point where it seemed like our antihero was getting out of a bad situation with a simple shrug, not having learned anything. Dexter: New Blood still finds the Charismatic Killer a bit too slippery and a bit too lucky.

But there is enough growing pressure from mysterious characters like Kurt Caldwell and the all-new podcaster Molly Park to suggest that Dexter is just turning the heat down, not completely escaping it. We tell you all about the end of episode 3 of Dexter New Blood!

Dexter watches as police and volunteers gather on his property and think they have no idea the person they’re looking for is right under their feet. . The cameras show that there was a second person there. Forensic scientists conclude that the human blood found at the scene belongs to Matt. Angela still doesn’t think Matt is dead, but she and her department now know it was a criminal act.

Dexter first attempts to dispose of the body in an abandoned mine shaft but must abandon his plan and flee when he encounters a bear there. Finally, watching the local Senecas burn the body of the dead male, Dexter has the idea to solve his own problem. He takes Matt’s remains to the local incinerator and burns them. The resulting ashes fall on the city at the end of Episode 3 of Dexter New Blood.

After finishing with the incinerator, Dexter sees Kurt drunk but strangely happy on the street. The man claims Matt is alive and they have come face to face. Obviously, this is not true. The man Dexter killed cannot be anyone other than Matt Caldwell. So that probably means Kurt is lying.

The question here is, why. One possible answer is that he’s figured out that Dexter killed his son, and now he’s trying to unsettle Dexter just to see his reactions. The show wants us to believe that Edward Olsen is Iron Lake’s second predator.

His brief conversation with Audrey after her car broke down is supposed to give us goosebumps. However, this is most likely a false trial. It seems increasingly possible that Kurt is the serial killer who made Iron Lake his hunting ground