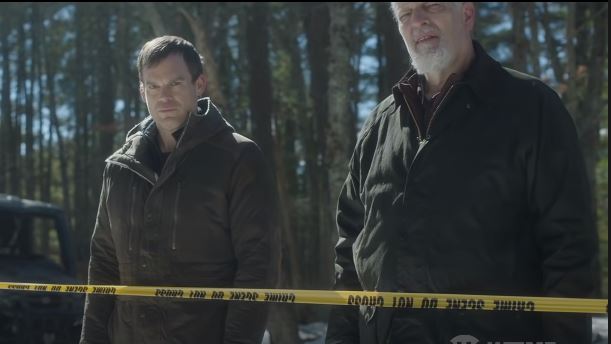 DISCOVER ALL THE NEWS ABOUT DEXTER NEW BLOOD EPISODE 4! DATE AND TIME OF RELEASE.

Dexter is available on Showtime and Canal + in streaming! If you want to know all about the release of Episode 4 of Season 9, read on. Angela and the local cops approached Dexter’s property to widen Matt’s search at the request of his father, Kurt Caldwell, in the most recent episode, and Dexter felt the need to remain ahead of the investigation.

But there was an unexpected development in the case at the end of the episode: Kurt claimed to have received a FaceTime call from his son verifying that he is alive and healthy. Read this for a full explanation of the finale. Dexter realizes Kurt is lying because we know Matt is dead and Dexter knows Matt is dead.

Why would he start pretending his son is okay? Dexter will explore this common thread in the next episode. Elsewhere, Harrison must contend with the fallout from helping Ethan to stand up to school bullies Zack and Scott We tell you all about the release of Episode 4 of Season 9 of Dexter!

The release date for Episode 4 of Dexter New Blood has been set for November 28, 2021, on Showtime in the US. Regarding the release time of Episode 4 of Season 9 of Dexter on Europe, it will arrive on November 29 according to independent sites.

Completely legal, we know that Canal + will broadcast Dexter New Blood from mid-December, no exact release date has been revealed. We also don’t know if all of the episodes will be released in one go in the United States, or if Canal + will establish a weekly schedule.