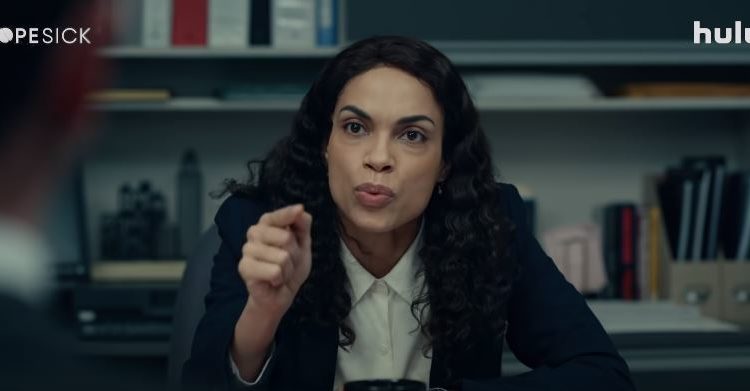 FIND ALL THE NEWS ABOUT DOPESICK EPISODE 4 ON DISNEY PLUS! DATE AND TIME OF RELEASE.

Dopesick is available on Hulu and Disney Plus! If you want to know when Episode 4 will be released, read on! In Episode 4, prepare for the legal battle to rise to new heights as the question arises in terms of storytelling. How can you sell the fact that people are struggling with the drug? Is this a case where they are harmful, or that the dosage is just not enough?

We know the answer from the outside, but this series examines all sides of the question and explains how we got there. It will be a fascinating subject to explore, even if the subject can be difficult. This is a crisis that has lasted for so many years. For the full explanation of the ending of Episode 3, read this.

It is more than likely that you know at least one person who has been affected by this seizure, in one form or another. Wondering when you can expect new episodes of this original series? We tell you all about the release of Dopesick Episode 4 on Hulu and Disney Plus!

WHAT IS THE RELEASE DATE AND TIME FOR DOPESICK EPISODE 4 ON DISNEY PLUS?

Dopesick Episode 4 is titled “Pseudo-addiction,” and it looks like Purdue Pharma is cooking up another false story to continue driving OxyContin sales. Betsy will be consumed with guilt after the mine accident and could lose her job. With her withdrawal symptoms getting worse, she is likely to turn to the opioid medication again for comfort.

On the other hand, Finnix might find that OxyContin is more addictive than Purdue Pharma claims. He could try speaking with Billy to find answers about the true nature of the drug. Meanwhile, Billy could make a desperate decision to increase his sales and could end up lying to Finnix.

Richard’s desire to bring OxyContin to the world is ambitious, and his business partners may disagree with some of his decisions. This could lead to friction between the Sacklers.