Hanna Season 3: Explanation of the end! 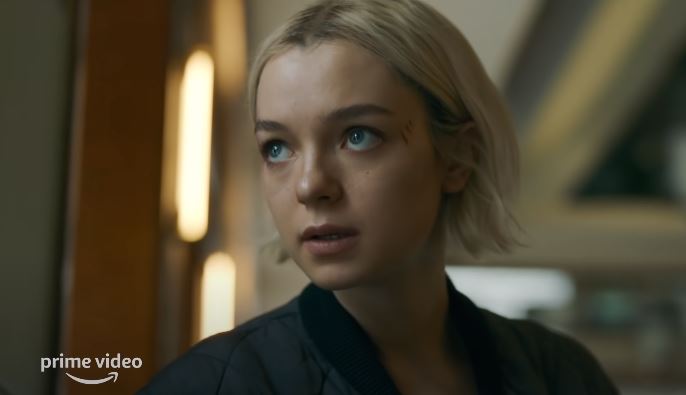 Hanna Season 3: Explanation of the end!

Hanna is available on Amazon Prime Video! If you want to know the explanation for the end of Season 3, read on! At one point, on the drawing board for Hanna’s Season 3 finale, there might have been a version of the ending in which Hanna, her fallen assassination target, Abbas, and her six-year-old daughter. , Nadiya, enjoy a sunny moment in a coastal Mediterranean villa with whitewashed walls and a garden planted with orange trees and vines.

It was the fantasy Hanna and Abbas had created after spending their first night together in the secure house where he was hiding from the murderers of Ulrax. Instead, in the Season 3 finale, Hanna said goodbye to Abbas and Nadiya at the Vienna airport, leading them to Carl and Terri, the CIA whites, for them to receive. their new identity and government protection.

Abbas reminded Hanna of their shared imaginary future, but she told him she couldn’t go with them. She had to start over somewhere where no one knew her to escape everything that had happened. If you want to know if a season 4 will see the light of day, read this. Otherwise, we tell you all about the end of Season 3 of Hanna on Amazon Prime Video!

THE DEFEAT OF UTRAX AND PIONEER

Exposure and accountability were the only way to bring down UTRAX and the Pioneer Group and that’s why Marissa kept ex-CIA programmer Ethan Williams alive and away from UTRAX. Williams knew of UTRAX’s algorithm to predict which young people would be targeted by Pioneer’s agenda. When Marissa killed Gordon Evans and Brianna Stapleton, she eliminated the president of the Pioneer Group and his main lieutenant. With no one left to give orders, the Pioneer soldiers withdrew.

Thereafter, Terri and Ethan took to the press and publicized the entire CIA-led underground UTRAX operation, starting with the creation of the first generation of babies, including Hanna, in 2003. The CIA quickly took action to shut down UTRAX and disassociate itself from Evans and Pioneer.

While the algorithm may be used by someone with a similar schedule to Gordon’s in the future, Hanna Season 3 has ended UTRAX for good. However, UTRAX agents like Jules Allen are still out there.

EXPLANATION OF THE END OF SEASON 3 OF HANNA

Hanna Season 3 finally revealed the story of Marissa, abused and manipulated by her father, Gordon Evans, who wanted her to be his reflection as a CIA agent. Ultimately, Marissa must have died at the end of the Hanna series because her story had nowhere to go and there is no future for Wiegler where she could live a normal life.

Hanna told the dying Marissa that she was “good,” which gave Wiegler the absolution she needed for her sins and she may have died knowing that she had finally done well for Hanna.

Jules shot and presumably killed Sandy Phillips, who allegedly killed Hanna without remorse. Echoing the way Marissa shot and killed her father, Jules shot her best friend, which completed her breakup with UTRAX. Jules gave up on his mission to kill a target in Hanna Season 3 because she realized she and the others had been brainwashed by UTRAX all along.

Hanna and Jules were well aware of Sandy’s intentions, and that she would carry out his orders to kill no matter what. Sandy was likely killed when she was shot by Jules and fell down a cliff into a river. What will happen to Jules and other UTRAX agents like she is unknown.

At the end of Hanna Season 3, the CIA gave Hanna another alias, “Grace Elder,” and a US passport so that she could settle in Boston. This allows Hanna to “disappear” and start a new life in a whole new country, especially since UTRAX has become known to the public. Hanna grew up in the Romanian wilderness and traveled all over Europe, but moving to the United States with a new identity gives her a fresh start and a clean sweep of the past.

Of course, that means Hanna must have left behind Abbas Naziri, who was essentially her first love. But what Hanna desperately needed was to let go of all her bad memories in Europe, which she couldn’t do if she stayed for Abbas.

Boston is a good destination for Hanna, as the city is filled with universities, but also has a quaint and European side, so the super-soldier could presumably finish her studies and live a normal life.