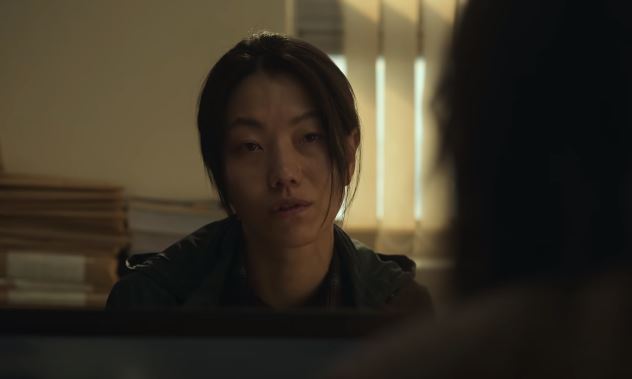 CHECK OUT THE END OF HELLBOUND SEASON 1 EXPLANATION ON NETFLIX! SPOILERS!

Hellbound is available on Netflix! If you want to know the explanation for the end of Season 1 of Hellbound, read on! The stakes are raised from the first episode, an unpretentious man is ruthlessly torn apart by demonic monsters resembling monkeys who leave nothing but charred remains in their wake. From there, Hellbound methodically proceeds with the interrogation of the moment. To find out when Season 2 will be released, read this.

Detective Jin Kyung-hoon is tasked with investigating the “murder,” as well as the New Truth, a YouTube-based religious sect that claims that the creatures are in fact angels acting according to the divine will of God. In the eyes of New Truth President Jung Jin-soo, these sinners got what they deserved, and the rest of the world would be well advised to wake up to God’s new strategy. If you want to know the explanation for the end of Season 1, read on!

It is revealed that Dongwook is the Skull Mask type of Arrowhead. This explains who he is, but not how he managed to ally himself with Hye-Jin. Following his signal, Deacon Yoo-Ji leaves with his followers and finds Hye-Jin’s car. However, Dongwook appears to be ready for them and kills several of the guards. Youngjae goes down and notices the bodies on the floor, then follows the maniacal laughter of Dongwook, who is now disguised in his skull mask.

He intends to kill Hye-Jin, Youngjae, and So-Hyun, which raises big questions as to why they trusted him. Anyway, after knocking Youngjae out, he comes back into the room and rushes at the couple. Hye-Jin is ready to receive him and begins hitting him with an adjustable wrench when he enters the room.

The monsters arrive for the baby, and Song Sohyun grabs her child in an attempt to escape them as the audience watches. Youngjae arrives and attempts to assist him, but one of the monsters throws him to the ground. It’s a complete shambles. As the demons encircle them, Youngjae hugs his wife and infant.

They perform the ritual and leave. The parents die, but, in a turnaround, the baby’s cries can be heard. Their child is still alive, it was a sacrifice. Mr. Lee removes the corpses and sees the baby, and he is confused. He tries to murder the child, but Min Hyejin intervenes just in time.

The monsters then arrive to assassinate Mr. Lee. The turmoil has come to an end. They leave Min Hyejin alone as she carries the infant through the mob. “The New Truth” is coming, but people are blocking them. A man calls them crooks and liars. Deacon Yuji hits the man for defying the will of God. A police officer stops him. Min Hyejin runs away in the car, and she holds the baby tight.

At the end of Season 1 of Hellbound, a corpse at the hands of monsters suddenly comes to life I believe was Park Juneja. Hellbound’s finale leaves viewers with a question: Why do corpses regenerate and bring people back to life? What are these monsters doing, and what are they a part of? We’ll have to wait for a possible Season 2.