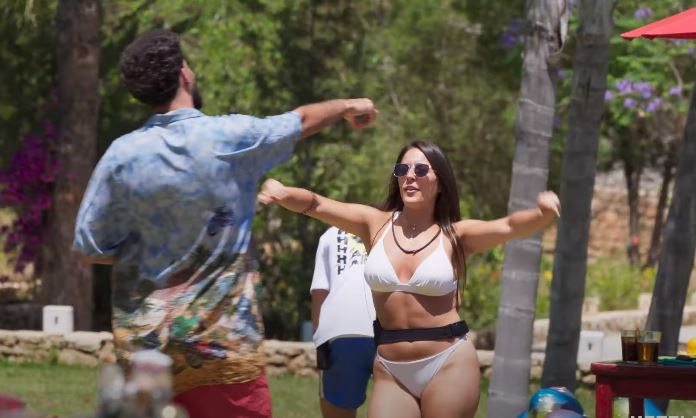 CHECK OUT ALL THE NEWS ABOUT LOVE NEVER LIES SEASON 2 RELEASE ON NETFLIX! RELEASE DATE, RENEWAL!

Love Never Lies is available on Netflix! If you want to know all about the Season 2 release, read on! Love Never Lies takes six couples, all of whom have had trust issues in their past, and places them in a beautiful villa. Yes, there are temptations, like members of other couples. But the focal point of the series, as Naranjo explains, is truth and lies.

Candidates start with a deposit of 40,000 euros. During each test, each participant is asked to answer questions about their relationship and is subjected to a new type of lie detector called EyeDetect, which is said to be 90% accurate. To find all the candidates on Instagram, read this.

If they are telling the truth, even if it is painful for their partner, € 1,000 is added to the deposit. If they lie, the prize pool is reduced by € 1,000. The winning couple can potentially win 100,000 euros, depending on their degree of sincerity during the competition. If you’ve finished the first season, you might want to know when Love Never Lies Season 2 will be released on Netflix, we’ve told you everything!

WHAT IS THE RELEASE DATE FOR LOVE NEVER LIES SEASON 2 ON NETFLIX?

The first season ended on November 18, 2021, after 7 episodes. Currently, no renewal announcements have been made regarding the release of Season 2 of Love Never Lies on Netflix. However, we believe that the series has a good chance of being renewed. Indeed, all the reality TV shows that Netflix has launched have been renewed for the moment and even declined as High Voltage Seduction.

Love Never Lies has a very entertaining new concept and the series has worked well. In the event of a renewal, the release date of Love Never Lies Season 2 on Netflix should be set for mid-2022!

If Love Never Lies Season 2 hits Netflix, then we will find 6 new couples with issues of trust in their past in a new villa and with new temptations. The principle should remain the same and the EyeDetect detector should make a comeback!