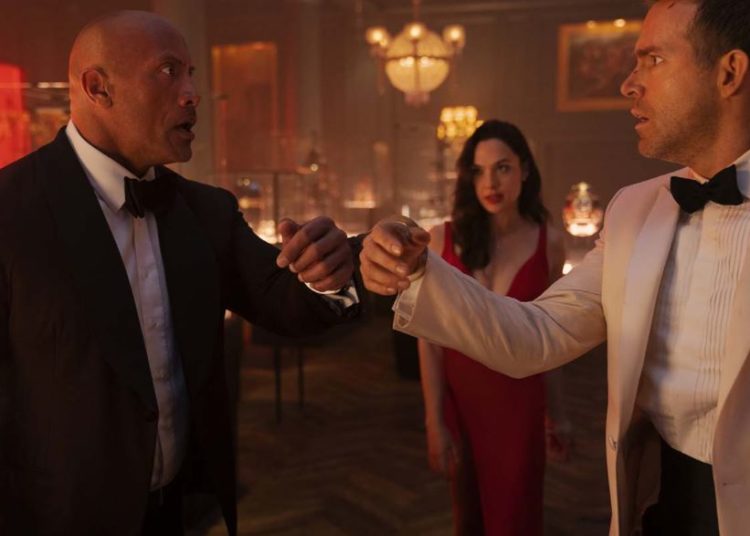 FIND ALL THE NEWS CONCERNING THE RELEASE DATE OF RED NOTICE ON NETFLIX!

Red Notice is available on Netflix! If you want to know all the info about the movie release, read on! Netflix has collaborated with some of Hollywood’s biggest celebrities in recent years, including Will Smith, Sandra Bullock, Ryan Reynolds, and Ben Affleck.

With its latest blockbuster Red Notice, Netflix potentially has its biggest blockbuster yet. With a budget of around $ 200 million, a director who has done his share of action and comedy movies, three of Hollywood’s biggest stars in Dwayne Johnson, Gal Gadot, and Reynolds, as well as franchise potential, Red Notice has the potential to become Netflix’s own Fast & Furious franchise.

The movie was originally unveiled in February 2018, with Universal and Legendary winning it after a fierce bidding-up. It would have been director Rawson Marshall Thurber and Johnson’s third collaboration with the studios after the movie Skyscraper, close to Die Hard.

Ultimately, Netflix bought the movie from Universal after hesitating over the increased budget for the movie. Red Notice is expected to attract a lot of viewers in its debut on the streamer. We tell you all about the release of Red Notice on Netflix!

WHAT IS THE RELEASE DATE AND TIME FOR RED NOTICE ON NETFLIX?

The release date for Red Notice has been set for November 12, 2021, on Netflix! If you want to binge-watch the movie as soon as it arrives. Red Notice’s release time on Netflix has been set at 9:01 am.

The movie follows an FBI profiler who finds himself embroiled in a dangerous heist when he receives a warrant to capture two notorious international criminals, which leads him to form unexpected alliances.

The official synopsis for Red Notice reads: “When a Red Notice issued by Interpol – the highest level of a warrant to hunt and capture the world’s most wanted people is released, the FBI’s top profiler, John Hartley, is on the case.

On his global quest, he finds himself amid a daring heist where he is forced to team up with the world’s greatest art thief, Nolan Booth, to catch the world’s most wanted art thief. world, “The Bishop”. The high-flying adventure that follows takes the trio around the world, on the dance floor, in isolated prison, in the jungle, and, worst of all for them, constantly in the company of each other. “