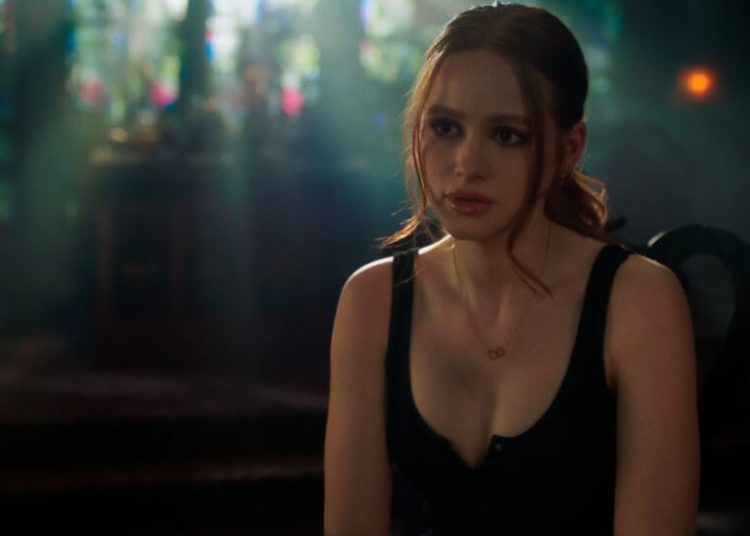 DISCOVER THE EXPLANATION OF THE END OF RIVERDALE SEASON 6 EPISODE 2! SPOILERS!

Riverdale Season 6 is out now on Netflix! If you want to know the explanation for the end of Episode 2, read on! Another bit the dust. “Rivervale” was his next victim in episode 2 of season 6 of Riverdale. To learn more about the city, read this.

The spirit of La Llorona set the city in turmoil, and it took a lot of upheaval for these characters to let go of their ghosts. Some got it easier than others, while others couldn’t give it up right away. Rivervale is on a quest for blood. And in this five-episode event series, this chapter was the most atmospheric of horrors.

“Chapter 97: Ghost Stories” focuses on La Llorona’s mind as the main villain. To find out when Episode 3 will be released, read this. Otherwise, we tell you all about the end of Episode 2 of Season 6 of Riverdale on Netflix!

So, at the end of Episode 2, Tabitha doesn’t kill Jughead. Diane’s ghost as well as Jughead’s artistic obsession certainly makes him want to kill him. The hammer appears whenever she is upset. However, Tabitha realizes the depth of their relationship. She notices that she felt insecure and alienated from her artistic world.

She identifies with Diane’s story but places her love and conscience above her dark impulses. Moreover, Jughead also realizes his mistakes. The couple appears to be getting wiser and closer after their near-death experience. As a result, the ghost leaves their apartment.

Towards the end of Episode 2 of Season 6 of Riverdale, Reggie is still strapped to his car and continues to have visions of Isabella. However, it is not clear if Isabella is a ghost or if she is simply part of Reggie’s imagination. Reggie doubts Veronica’s love. Bella’s odd hold on Reggie could be the result of her past traumas and fears, combined with magical components.

WHO IS LA LLORONA?

La Llorona is the crying woman. She is the spirit of Martha, a children’s nurse at the First Hospital in Rivervale. After being falsely accused of the deaths of babies, Martha and her children were drowned in the Sweetwater River by the townspeople.

In retaliation, La Llorona drowns children. Additionally, Darla Dickenson summons the mourner because Toni killed her only son, Daniel. Wanting revenge, Darla asks La Llorona to kill little Anthony and ignores Toni’s sincere apologies. We see the “eye for an eye” logic of the mortal and supernatural world at play, as well as the blurred lines of morality.