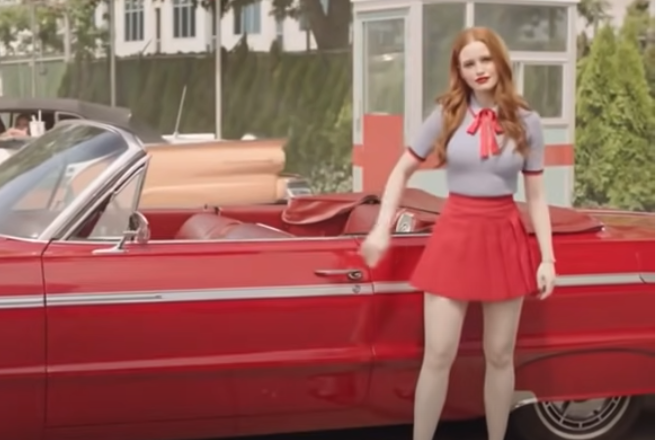 FIND ALL THE NEWS ABOUT RIVERDALE SEASON 6 EPISODE 3 ON NETFLIX! DATE AND TIME OF RELEASE.

Riverdale Season 6 is out now on Netflix! If you want to know all about the release of Episode 3, read on! Riverdale reminded viewers how bizarre things get on the show when it premieres its sixth season. The long-running CW series kicked off what the channel calls a “five-episode event” that took the series in an even more ominous direction than ever before.

Set in what appears to be an alternate reality, the first five episodes of Season 6 of Riverdale are set in a small town called Rivervale and while things are quite similar to what we remember in the season 5 finale, they couldn’t be more different if they tried. For explanations about this new city, read this.

Yes, Rivervale has turned out to be a shocking event and it’s not even half of the season yet. With Sabrina’s long-awaited crossover just about to take place, you can bet they’ll get even more surprises along the way. For a detailed explanation of the second episode, read this. We tell you all about the release of Episode 3 of Season 6 of Riverdale on Netflix!

WHAT IS THE RELEASE DATE AND TIME FOR RIVERDALE SEASON 6 EPISODE 3 ON NETFLIX?

Riverdale Season 6 Episode 3 has its release date of December 1, 2021, on Netflix. For the more impatient who want to know what time Episode 3 will release. The release time for Episode 3 of Season 6 of Riverdale has been set for 9:01 am on Netflix.

Riverdale Season 6 Episode 3 is titled “Mr. Cypher”. He will explore the arrival of a mysterious man in Rivervale, apparently the devil himself. Jughead, in particular, will be tricked by the man and agree to his terms, perhaps to overcome his block as a writer.

Tabitha may conflict with Jughead again because she is obsessed with her job. Kevin will surrender his soul to the devil and could explore his past dynamic with Fangs. Meanwhile, Veronica will likely use the man Reggie claims to be the devil to move her casino business forward and manipulate a few important players if necessary.

She will reconnect with Nick St. Clair, perhaps to involve him in his casino business. We may also see other strange interactions between Reggie and his car, Bella. Additionally, Betty will meet the Garbage Bag Killer again, who now has a new face and increasingly sinister patterns.