The Eternals: What is the release date on Disney Plus? 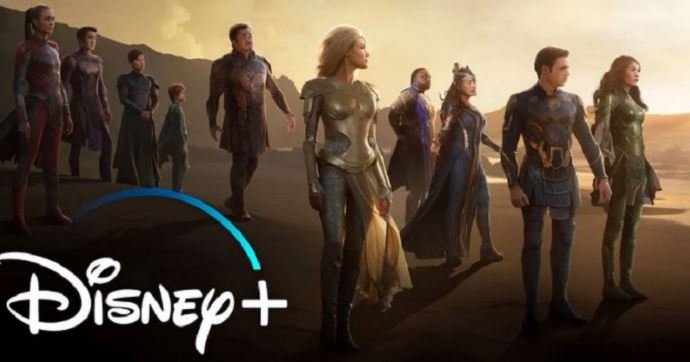 The Eternals: What is the release date on Disney Plus?

DISCOVER ALL THE INFOS CONCERNING THE RELEASE OF THE ETERNALS ON DISNEY PLUS! RELEASE DATE AND MORE.

The Eternals are finally available in theaters in France and the Us! If you want to know when The Eternals will be released on Disney Plus, read on! The third Marvel movie of 2021 dives into the ancient history of the Eternals, an immortal alien civilization that covertly dwells on Earth, as the MCU enters Phase 4.

However, the Eternals must protect humanity against the demonic Deviants after the Hulk strike in Avengers: Endgame triggered the Emergence. Check out this article to see if there will be a sequel.

Directed by critically acclaimed filmmaker Chloe Zhao, the movie garnered mixed reviews from its first screening, with its bold approach captivating some but leaving others cold. Eternals has arrived to bring a new team of superheroes to the MCU, but if you’re looking to watch it on Disney +, you’ll have to wait a while. We tell you everything about the release of The Eternals on Disney Plus!

WHAT RELEASE DATE FOR THE ETERNALS ON DISNEY PLUS?

The movie was released on November 3, 2021, at theaters. While the US is expected to have access to streaming movies by the end of December, a law to protect theatrical movies will prevent a similar release date in France. Indeed, it will be necessary to wait at least 3 years before being able to benefit from The Eternals streaming.

This, therefore, leaves us a release date for The Eternals on Disney Plus for November 2024. Disney Plus generally allows access to the movie’s release on the platform from the age of three.

WHAT IS THE SYNOPSIS OF ETERNALS?

The Eternals, an ancient alien race related to cosmic entities called the Celestials, came to earth on a mission to exterminate the Deviants. They succeeded, but continued to live hidden on Earth among humans, for several thousand years and protected them without intervening in their conflicts.

After the events of Avengers: Endgame, when the Avengers brought the six Infinity Stones together and a snap of their fingers to Earth brought back half the population of the Universe, this action released such energy. that the “Emergence” has begun.

The Eternals, who have protected Mankind for 7,000 years, are forced to emerge from the shadows to reassemble and face the human race’s oldest enemy: the Deviants. They have seven days to save Earth.