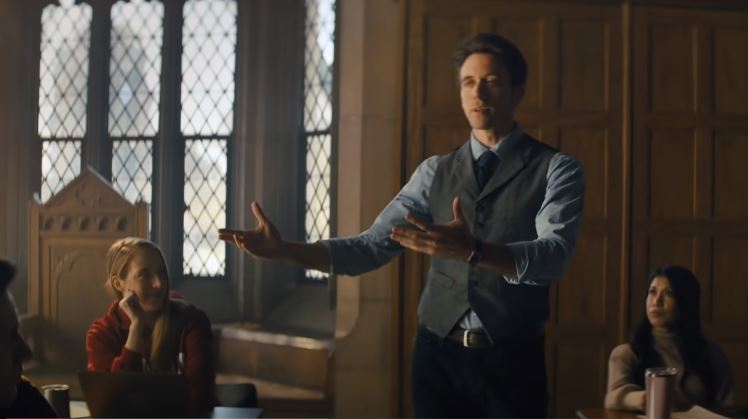 DISCOVER ALL THE NEWS ABOUT THE LOST SYMBOL SEASON 2 RELEASE! RELEASE DATE, RENEWAL, AND MORE.

We have certainly had quite a trip. Those who had read Dan Brown’s The Lost Symbol knew the twists and turns that were to come, but there were a few changes along the way to keep us entertained. It was fun to see where things were going to go in the storytelling.

Now that we have come to the end of the first season, all eyes are on the future of the series. To see the explanation of the ending in detail, read this. If you want to know everything about The Lost Symbol Season 2 release, read on!

WHAT IS THE RELEASE DATE FOR THE LOST SYMBOL SEASON 2?

The first season ended on November 17, 2021. Currently, no renewal announcements have been made regarding the release of Season 2 of The Lost Symbol. While ‘The Lost Symbol‘ is said to have been developed as a limited series and intended to serve as a prequel to the Tom Hanks and Ron Howard film series, that doesn’t necessarily have to be the case in the future.

She can exist as a separate entity from the films, adapting other books by Robert Langdon, or even developing seasons based on original stories, especially if Brown is involved in the project as an executive producer. In the event of a renewal, The Lost Symbol Season 2 release date is expected to be set for the end of 2023.

In the Season 1 finale, Mal’akh is revealed to be the sacrifice and asks his father to kill him. Robert arrives and announces that the ancient wisdom or the portal is an old copy of the King James Bible. Katherine kills Mal’akh when he tries to attack Robert. Later, Robert and Katherine resume their relationship. Six months later, Sato reports to Harvard and enlists Robert’s help in solving a bombing in Europe.

In Season 2 of The Lost Symbol, Robert can travel to Europe with Sato to help her and her mysterious new employers find the bomb and any symbols they might leave at crime scenes. Katherine and Peter could join the search, and even Nunez could reappear. The case might somehow involve religious iconography.