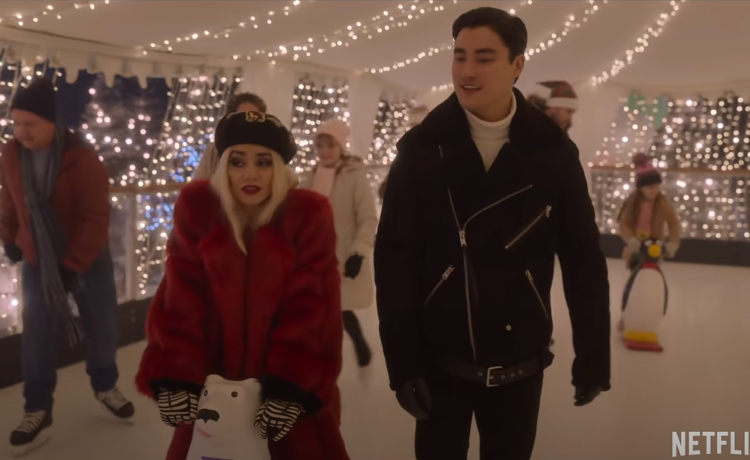 DISCOVER THE EXPLANATION OF THE END OF THE PRINCESS SWITCH IN SEARCH OF THE STAR! SPOILERS!

Yes, Vanessa Hudgens will reprise her role as Princess Switch in the third edition of the franchise. Hudgens reprises her role as Margaret Delacourt, Duchess of Montenaro, as well as her roles as Margaret’s identical twins, Stacy Juliette De Novo Wyndham, Princess of Belgravia, and Lady Fiona Pembroke, in the film.

There is no introduction of a fourth character played by Vanessa Hudgens. Instead, the three women will reunite to apprehend a thief who has stolen a precious Christmas relic from the royal family. If you have any questions regarding The Princess Switch 3 end, we’ve got you covered!

WHO EXCHANGED ITS PLACE WITH WHOM?

With Fiona taking center stage this time around, it makes sense that Stacy and Margaret both take on the role of Fiona to help their plan come true.

At Hunter’s party, as Fiona and Peter tackle the heist, Margaret masquerades as Fiona in front of the host to create a diversion. Later, at Fiona’s convent court hearing, it is Stacy who plays the protagonist to convince the nun and the parole board that the evil resident has turned the page.

These “changes” are significant because they refer to a central motif of the plot: the importance of family. However, it is also thanks to her lookalikes that Fiona makes a new start with Peter, and she is finally happy.

EXPLANATION OF THE END OF THE PRINCESS SWITCH 3

Although Fiona and the gang manage to retrieve the Peace Star from Hunter’s house, Peter remains behind to create a diversion so that she and the others can escape with the relic. However, upon her return to the castle, she discovers that Peter has replaced the star with a basketball, making it appear that he wishes to keep the relic to himself.

Peter encourages Fiona not to push her mother away once they arrive, but Peter is frustrated and terminates their friendship since Fiona has built strong barriers to keep others out. He does, however, return the star, demonstrating that Peter had no intention of stabbing Fiona in the back.

Peter also understands that for Fiona to heal and become emotionally healthier, she needs to get in touch with her mother, who has made constant efforts to get in touch with her daughter. It’s because Peter “steals” the Peace Star that Fiona ends up meeting her mother in school and having an honest, hard-hitting conversation about how her mother’s seemingly indifferent actions led to problems with her. blatant abandonment for our protagonist.

As mother and daughter talk to each other about their motives, Fiona’s mother was just trying to get away from her husband, who was not treating her well. They manage to reconnect and find a way to start afresh, which also makes Fiona happier.

Peter can’t stay away from Fiona either, and he introduces himself to her to apologize for his inappropriate anger. However, it was Fiona who ended up apologizing for pushing him away when she started to develop feelings for him. Fiona admits that her coping mechanism may not be the best, and the two lovers kiss after Olivia lights up the Christmas tree.