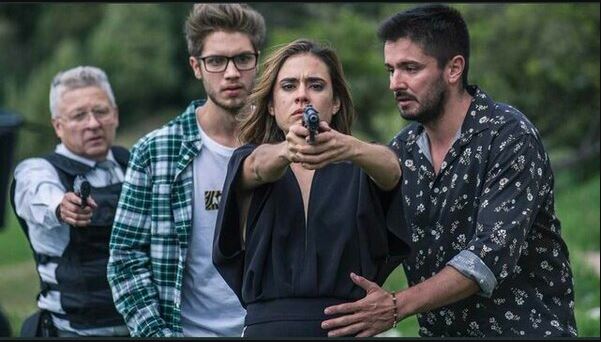 The Queen of Flow True story

FIND OUT IF THE QUEEN OF FLOW NETFLIX SERIES IS INSPIRED BY REAL PEOPLE!

The Queen of Flow is available on Netflix! If you’re interested in knowing if the show is based on a true story, read on! The Colombian series, very popular with binge-watchers, has already made its appearance with its two seasons. Read this to find out when the third season will be available.

Scenes in the movie were directed by Liliana Bocanegra and Rodrigo Lalinde. The creative team for the movie was assembled by Juan Fernando Pérez. Angélica Guerra, Juan Pablo Posada and Luis Eduardo Jiménez Padilla are the executive producers of La Reine du Flux. The movie was made under the banners of Sony Pictures Television, Caracol Television, and Telesat. We’ll tell you everything if anything makes you doubt if The Queen of Flow is based on a true story! story, we’ll tell you everything!

IS THE QUEEN OF FLOW-BASED ON A TRUE STORY?

No, The Queen of Flow is not based on a true story. After the series premiere, many viewers speculated that Charly Cruz’s character was inspired by the real-life Colombian singer Maluma. The character’s appearance, as well as his attire and tattoos, were found to be very similar to those of the famous musician.

However, actor Carlos Torres, who portrays Charly in the series, emphasized in an interview that the singer was just used as a reference while inventing the character and that the role has nothing to do with the singer’s biography.

Carlos added that Charly’s performances on the series were inspired by many musical artists such as Piso 21, J Balvin, Reykon, and Sebastián Yatra. This is the only real influence of the hit TV series, as the script is purely fictional. Located in Medellin, Colombia,

The Queen of Flow is one of the most-watched series on Colombian national television. It is considered one of the ten best Colombian telenovelas of all time. She is also widely watched on Netflix and has been adapted into a Mexican series called “La Reina Soy Yo”.

The series got viewers hooked with its dramatic intensity, intriguing twists, and well-written characters. While the compelling performances of the actors may make the show appear to be based on real-life, The Queen of Flow‘s narrative is not based on a true story!