The Shrink Next Door: Is the series based on a true story? 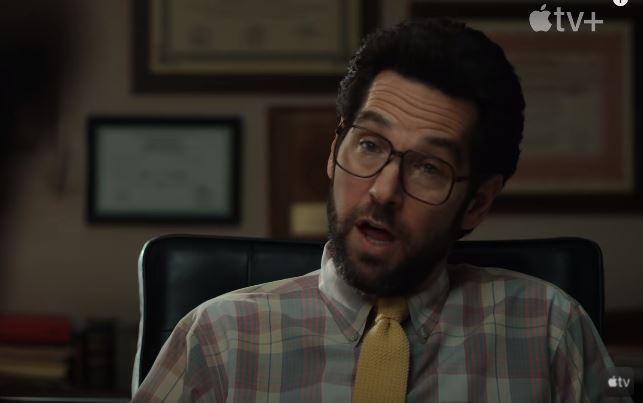 The Shrink Next Door: Is the series based on a true story?

FIND OUT IF THE SHRINK NEXT DOOR SEASON 1 ON APPLE TV + IS INSPIRED BY REAL FACTS?

The Shrink Next Door is available on Apple TV +! If you’re interested in knowing if the show is based on a true story, read on! When it comes to hot new series, it doesn’t get much more publicity than Will Ferrell and Paul Rudd’s The Shrink Next Door series.

Launching Friday, November 12 on Apple TV +, this new dark comedy explores the bizarre relationship between celebrity psychiatrist, Dr. Isaac “Ike” Herschkopf, and his longtime patient, Martin “Marty” Markowitz. During their nearly 30-year relationship, the delicate line between doctor and patient blurs as the seemingly brilliant Dr. Ike steps into Marty’s life, convincing him to sever ties with his family, moves into his luxurious Hamptons estate, and throws a series of extravagant parties at Marty’s expense.

The Apple TV Plus comedy, which also stars Kathryn Hahn, Casey Wilson, and Sarayu Blue, garnered mixed reviews. Is there a true story behind The Shrink Next Door? Here’s everything you need to know about it.

IS THE SHRINK NEXT DOOR BASED ON A REAL STORY?

Yes, The Shrink Next Door is based on a true story. The show follows the non-fiction podcast closely, including retaining character names and details for the most part. As can be seen from the show, Markowitz first met Dr. Herschkopf in 1981, when he was in a vulnerable situation and recovering from the recent death of his parents.

The Doctor eventually settled down as Markowitz’s indispensable companion and allegedly separated him from his sister, Phyllis, for over twenty years. The doctor’s apparent demands became more and more extravagant, and he even allegedly asked Markowitz to change his will at some point so that his home in the Hamptons would be inherited by Dr. Herschkopf’s wife, Becky.

Finally, in 2010, after Markowitz had a hernia operation and the doctor didn’t even call him to ask how he was doing, the long-suffering patient broke ties after almost thirty years. Dr. Herschkopf claimed that his medical relationship with Mr. Markowitz ended in 1983, after which he assumed the role of a business consultant.

Markowitz, who ultimately broke his association with the doctor, said he spent nearly $ 3 million on Dr. Herschkopf over the years. In 2021, it was reported that the doctor was ordered to relinquish his license to practice in New York after a five-member hearing panel found he violated professional standards.

Dr. Herschkopf was found guilty on all counts of accused state professional misconduct, including gross carelessness, incompetence, the exercise of undue influence, fraudulent practice, and moral incompetence, based on the story presented by The Shrink Next Door podcast.

To bring the story to the screen, actors Will Ferrell and Paul Rudd met the real Marty Markowitz, who was happy to share his first-hand experience. The Shrink Next Door tells a remarkable yet true story based on an investigative, non-fiction podcast.

The characters played by actors Paul Rudd and Will Ferrell exist in real life, and the series also benefits from the information and details provided by the real Marty Markowitz to the actor who plays him. Thus, the series is inspired by real events and faithfully represents history on screen.