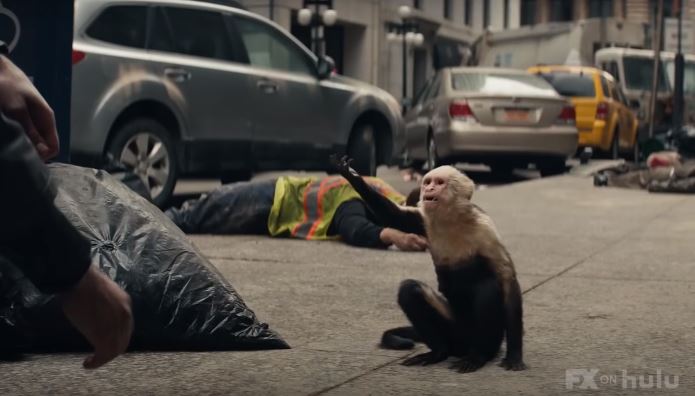 FIND IN THIS POST ALL THE NEWS ABOUT THE Y THE LAST MAN SEASON 2 RELEASE ON DISNEY PLUS! DATE AND TIME OF RELEASE.

Y The Last Man is available on Disney Plus! If you want to know when Season 2 will be released, read on! Brian K. Vaughan’s comic book, Y The Last Man, is a popular comic book. With that in mind, it wasn’t shocking to hear that it was going to be adapted for television.

The first episodes of the FX series were promising. However, the writing was unfortunately on the wall. This author speculated that the series would not have a second season. And unfortunately, those concerns materialized. For the full explanation of the ending in season one, read this.

The buzz around the project was not very good and the changes between the book and the series seemed strange. Nonetheless, we all hoped the series would have another chance to stand out. But is there still hope for Season 2 of Y The Last Man on Disney Plus? We tell you everything!

WHAT RELEASE DATE FOR SEASON 2 OF Y THE LAST MAN ON DISNEY PLUS?

On October 17, 2021, FX announced that the series had been discontinued. The announcement came as a shock to many, as the final three episodes of the first season had yet to air. Contrary to popular belief that the series was canceled due to a low audience, it was reported that FX was unwilling to extend the contracts of the cast members.

Some of the cast, like Diane Lane and Amber Tamblyn, signed for the series in 2018. At the time, famous Barry Keoghan, known for his role as “Dunkirk”, was to play Yorick. However, production on the series did not begin until October 2020. By this time, Keoghan had been replaced by Ben Schnetzer, and Eliza Clark served as showrunner after the departures of Michael Green and Aida Croal.

Production delays forced the channel to pay to extend the contracts of the original actors until production could begin. FX was faced with the choice of paying an additional $ 3 million to renew the actors’ contracts in October 2021, but chose not to and canceled the series. Therefore, Season 2 of Y The Last Man is officially canceled.

WHAT FUTURE FOR SEASON 2 OF Y THE LAST MAN?

Showrunner Eliza Clark shared a heartfelt word and expressed her gratitude for the opportunity to tell this story. She also suggested that the series could find new life on another platform or network.

HBO Max, which produces numerous shows based on DC Comics, has been touted as a potential new home for Y The Last Man because the original comic book series was released by DC’s Vertigo label. However, it remains to be seen whether HBO Max or another service picks up the series for future episodes.