Yara: Is this based on a true story? All the details ! 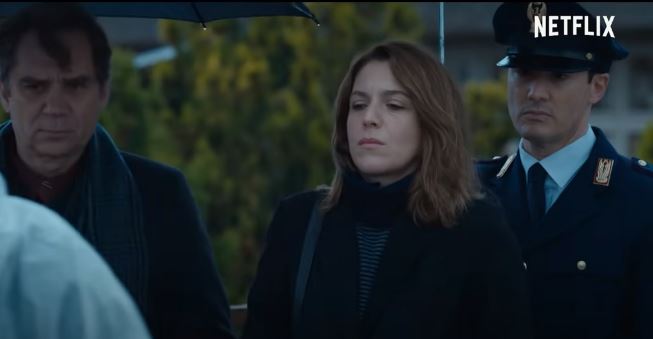 Yara: Is this based on a true story?

FIND OUT IF YARA IS INSPIRED BY REAL NETFLIX FACTS!

Yara is available on Netflix! If you’re interested in knowing if the movie is based on a true story, read on! Yara will stand out on Netflix since it is based on the true story of 13-year-old Yara Gambirasio’s horrible murder. After leaving a sports center in Brenbate di Sopra one evening, she never returned home. After three months, the case takes a devastating turn when his body is found. To see the explanation of the ending in detail, read this.

In a move that will no doubt appeal to true-crime enthusiasts who like to analyze investigations, Yara delves more into the steps a prosecutor, Letizia Ruggeri had to endure to find the person responsible for Yara’s death. Yara shows the desperate struggle that obsessed many Italians in the early 2010s. If you want to learn more about Yara’s true story, read on! read this to know if Netflix already planned the release date of Yara 2?

IS YARA BASED ON A TRUE STORY?

Yes, Yara is based on a true story. Graziano Diana, the screenwriter, and Marco Tullio Giordana, the director, make the tone neutral and unemotional, allowing the events to speak for themselves with devastating effectiveness. On the evening of November 26, 2010, Yara Gambirasio was returning from the Brembate di Sopra sports center in Bergamo, as represented in the video, but he never arrived at his home, which is a short walk away.

Despite the extensive research carried out by hundreds of volunteers, it took more than three months before Yara’s body was finally discovered on February 26, 2011, in Chignolo d’Isola, about ten kilometers from the sports center. The injuries inflicted on the child, as well as details of the cause of his death, are also mentioned in the movie.

The questioning of a first suspect, later released due to a translation error in his appeal, and the discovery of a liquid containing DNA on the victim’s clothes are all part of the story of the movie that faithfully reflects what happened.

The massive operation involving the collection of genetic samples from nearly 22,000 people made this DNA search the largest in Italy, which ultimately led to the arrest of 43-year-old Massimo Giuseppe Bossetti at the time.

The accused’s legal team also says they demanded access to “secondary artifacts,” such as clothing from which the offending DNA sample was taken. Claudio Salvagni and Paolo Camporini, Bossetti’s lawyers, claim that their petitions have been denied three times. They intend to submit a fourth appeal with the Supreme Court on November 5, 2021, to gain access to these artifacts.

As stated in Yara’s final captions, Bossetti’s appeals were dismissed, and his guilty verdict was repeatedly upheld. However, lawyers for the accused also reacted to the portrayal of the case in Yara, saying the movie is not true to reality and the defense team was not consulted during its making.

As a result, the movie that was inspired by it, as the case, is still up for debate. Yara, on the other hand, maintains loyal to the details of this incredibly tragic case and shows the course of events in a clear light for the most part.