Zero To Hero: Explanation Of The End! 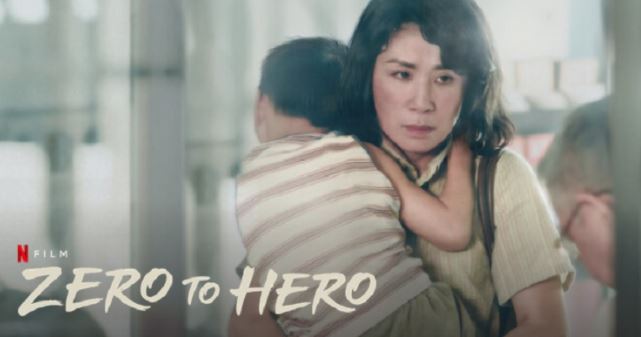 Zero To Hero: Explanation Of The End!

FIND THE EXPLANATION OF THE END OF ZERO TO HERO FILM ON NETFLIX!

Zero To Hero is available on Netflix! If you want to know the explanation for the ending, read on! Zero to Hero is one of those movies that leaves you speechless. It is a biographical film that pays tribute to So Wa Wai, the first Paralympic athlete from Hong Kong to win a gold medal, and that inspires emotion and reflection.

Living up to its title, Zero to Hero tells the story of So Wai Wai’s life-changing journey. This trip is certainly quite an adventure. Whether it is her son being bullied or being excluded by society, that does not stop So Wa Wai’s mother from enthusiastically supporting her son and realizing his potential as an athlete despite all the limitations that await him. If you have any questions regarding the ending of Zero To Hero, we tell you everything! Zero To Hero: Is The Netflix Movie Based On A True Story? Read this!

EXPLANATION OF THE END OF ZERO TO HERO

At the end of Zero To Hero, Ms. So does not fail to accept Wai. On the contrary, she accepts him completely and the mother in her wants to see him at a safe stage in her life before she dies. When Wai tells her that he can fend for himself by working for the courier company, she reminds him of the world without friends.

She expects Wai to be in this world without her and knowing that she compels him to advertise for his benefit. Even when Wai thinks she is using him, Ms. So is resolute about her son’s future, and this maternal instinct doesn’t compromise with her son either.

Even in cases where she doesn’t understand Wai’s words, her actions still help guide Wai through the harsh realities of life. Wai learns more about the world and the people around her when she pushes her bounds to reveal Wai’s romantic interest to Fong’s sister. This tragedy teaches him that he cannot expect anything from others and that he must be as self-reliant and steadfast as his mother.

Wai’s mother’s absence is the underlying reason for his failure. He may have felt cut off from his mother and her objectives without Ms. So in the stands. His key to success is that if he wants to see his mother, he is always faster. With his mother waiting for him on the victory line in the third race, the only thing he can do is go to her as soon as possible.

If finishing first is the way to get there, that is how he will go and that is what he will do to win gold at the Paralympic Games in Beijing. Wai’s first two failures were not the result of his lack of training. If so, it will not be possible for him to complete the third round breaking the world record.

Her motivation, ambitions, and results are all tied to her mother more than any other factor. And his presence seems to be the only reason his tired legs helped him win a gold medal and break the world record.