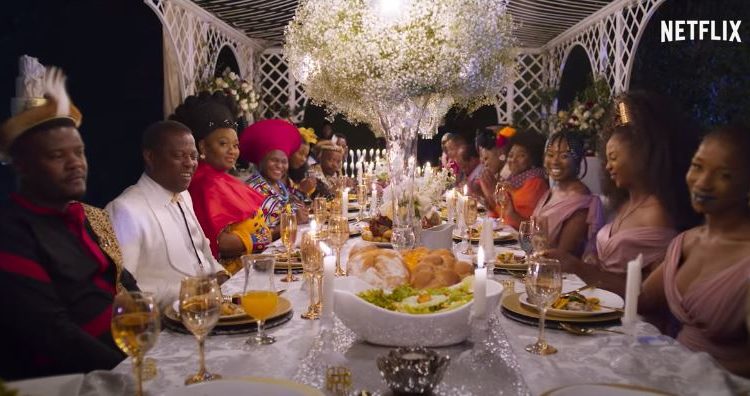 How To Ruin Christmas Season 3

How To Ruin Christmas is available on Netflix! If you want to know all about the Season 3 release, read on! After ruining her sister Beauty’s wedding the previous Christmas, things calmed down for Tumi. We see her 12 hours earlier hanging out at a water park with her boyfriend Khaya Manqele and teenage daughter Lulu. She doesn’t entirely agree with her plan to buy a house for the three of them, and Lulu isn’t happy that she is in Pretoria.

They go to a braai organized by Valencia and Vusi Twala, the wealthy parents of Beauty’s husband, Sbu, are back for the holidays. Val puts on a lavish show, but financially struggling Vusi wants the drinks watered down and the good spirits have hidden. He also has to deal with his mother, Gogo, who has terminal cancer, who would rather die in the world than be stuck in her son’s house with a nurse.

After Tumi and Beauty’s mother Dineo and her sister Grace arrive, things get interesting when Edmund, Dineo’s ex-husband, and the girls’ father, arrives unexpectedly, at Beauty’s invitation. . While Tumi tries to make this chaos disappear with the drink.

Gogo tells her to take her somewhere outside the house so she can have some pleasure before she passes away. If you enjoyed the second season, you’re probably eager to learn more about the upcoming release of How To Ruin Christmas Season 3 on Netflix, and we’ve got all the details!

WHAT IS HOW TO RUIN CHRISTMAS SEASON 3 RELEASE ON NETFLIX?

The second season was released on December 10, 2021. Currently, no renewal announcements have been made regarding the release of Season 3 of How To Ruin Christmas on Netflix. However, the end of the second season, along with the series’s reviews and popularity, is raising the odds of having a Season 3 soon.

With the show centered around the holiday season, in the event of a renewal, the How To Ruin Christmas Season 3 release date should be set for late 2022 on Netflix!

Season 2 ends with Tumi and Khaya deciding to take a step back, while Sbu manages to use his abilities to get his family out of trouble. Families are finally able to bid Gogo Twala a peaceful farewell as she wished. The final moments see Tumi going on vacation without Khaya, as she crosses paths with a handsome stranger on the plane.

If renewed, How To Ruin Christmas Season 3 will see Tumi return from her vacation for a new getaway with the family over the next vacation. The series will also be able to explore if there is any hope of reconciliation between Tumi and Khaya, as well as the possibility of a new man in her life.