The Shack: Is the Movie Based on a True Story? 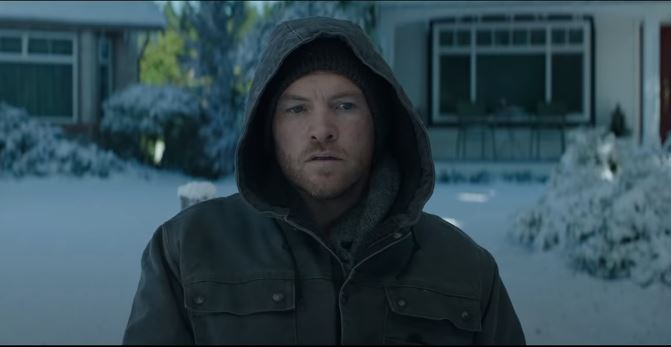 The Shack: Is the Movie Based on a True Story?

The Shack, a 2017 drama movie directed by Stuart Hazeldine, follows Mackenzie “Mack” Phillips, who poisons his father as a child due to his father’s abusive nature. Mack has a happy life with his wife and children in his adult years, but he is devastated when his youngest child Missy is murdered by a serial killer.

From there, the film follows Mack’s life as he experiences unforeseen events, believing that his daughter’s death is a punishment for his father’s murder. Because Mack’s grief and loss deeply affect the audience, one might wonder if the characters and the poignant incidents Mack encounters are real. If that’s the case, don’t worry; we’ve got you covered!

Is the movie The Shack based on a true story?

‘The Shack’ movie isn’t based on a true story, to be sure. The movie is based on William Paul Young’s eponymous novel, and it explores the various dimensions of human suffering and grief in the context of Christian beliefs.

“I was bringing up concerns and posing questions… Pain, loss, suffering, and being human were all discussed [with God]. There was a conversation. I started making notes, pages, and drafts of these small conversations on the backs of napkins and grocery bags, and I piled them all up. “What if I write a story about who’s asking these questions and why,” William Paul Young told the New York Post about the book’s origins.

According to Young, the motivation behind the murder of Missy, Mack’s youngest child, was to introduce a plot device that would allow Mack to navigate his relationship with God by inflicting the most possible pain on him. In both the film and the book, Mack’s conversations with God (Papa), Jesus, and the Holy Spirit echo the author’s questions that led him to write the book. Director Stuart Hazeldine and screenwriters focused on the trajectory of Mack’s emotions and his relationship with Papa while adapting the book to the film.

While Mack’s suffering is the focus of the book, the question of who is God is the focus of Hazeldine’s film. The film, according to the director, addresses humanity’s fundamental desire to meet the force known as God. He saw it as an opportunity to “humanize and personalize God in a visual way” in order to make the conversation go more smoothly. Hazeldine also thought the film demonstrated God’s “personality.”

Despite the fact that the film and book are both fictional, William Paul Young’s life has an influence on Mack’s characterization. The abuses that Mack endures are based on the author’s own experiences as a child. “I had a tumultuous relationship with my father, who was already broken by the time I arrived. “From the age of five, sexual abuse was the dominant story of my childhood, and it continued at boarding school, where I went when I was six,” Young told Oregon Live.

Mack’s excruciating pain served as a way for the author to make sense of his ordeal. “In the book, the loss between Mack and Missy was the loss between me and the child inside me,” Young explained. Even as a fictional story, ‘The Shack’ succeeds in addressing some of life’s most difficult realities. The film brilliantly depicts human beings’ unending conflicts with loss and suffering, as well as their ambiguous relationship with faith and beliefs, while also bridging the gap between fiction and reality.