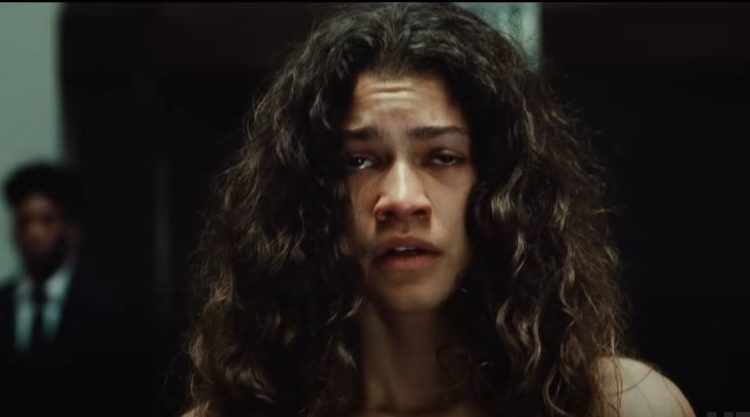 DISCOVER ALL THE RELEASE INFO ABOUT EUPHORIA SEASON 2 EPISODE 4! RELEASE DATE AND TIME!

Euphoria is available on OCS! If you want to know when Episode 4 of Season 2 will be released, read on! Created by Sam Levinson, Euphoria is a critically acclaimed drama series that revolves around a group of high school students dealing with the complexities of life. If you want to know the explanation of the end of episode 3 of season 2, read this.

Euphoria seems to be putting an end to her love triangles. Jules and Elliot chat together without Rue, who’s gone on a drug-dealing getaway. And then we get the illusion shot again, a shot that starts to give goosebumps, as Nate fetches Cassie with a bouquet. He’s going to win Maddie over instead, picking her up for her babysitting.

While it’s easy to yell at Nate for this goofy gesture, let’s remember: Nate loves Cassie. He hates Maddie. Could he be doing this to protect Cassie from Maddie’s dazzling clutches? Or would that be giving him too much credit? We tell you everything about the release of episode 4 of Season 2 of Euphoria on OCS!

WHAT RELEASE DATE AND TIME FOR EUPHORIA SEASON 2 EPISODE 4?

The release date of Euphoria Season 2 Episode 4 has been set for January 30, 2022, at 9 p.m. in the US. For the most impatient who want to binge-watch the episode as soon as it arrives. The release time of episode 4 of Season 2 of Euphoria on OCS in Europe has been set in US+24 so should be available Monday, January 31 at 9 am!

WHAT CAN WE EXPECT FROM THE NEXT? SPOILERS!

We’re going to see the story build in different directions, and we imagine we’re going to learn a lot about some of these different characters. The promo for Euphoria Season 2 Episode 4 hints that there was a connection to the game Truth or Dare which in real life can lead to all sorts of problems. This is probably a subject that gains momentum in a series like this.

We’ve seen Maddy express some of her feelings and because of that, this portrayal could get all the more complicated. Much of this season could serve as a reminder that relationships are often fluid and change over days, if not minutes.

We also think there will be more backstory moments with a few characters. Just think about what we had tonight with Cal that we didn’t see coming.