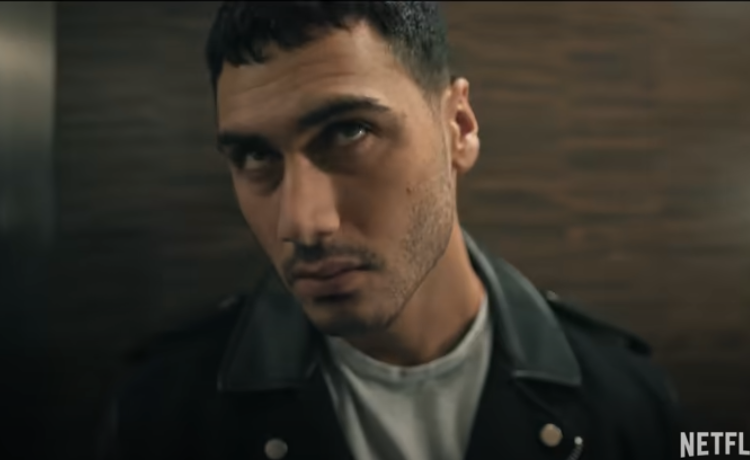 FIND ALL THE NEWS ABOUT Dark Desire Season 1

Meanwhile, the professor’s best friend’s untimely death reopens old wounds. The dreamy sex scenes are seductive, but they don’t prepare us for the family’s rotting secrets. It’s worth thinking about the gendered rhetoric, and the storytelling technique keeps us guessing. The fallout has a lot of ramifications, and the twist ending keeps us hoping for a second season. We’ll get to what happens in the final moments if you’re curious, but first, let’s take a look back at the season’s events. WARNING: SPOILERS AHEAD.

Recap of the first season of Dark Desire!

Dr. Alma Solares, the lawyer wife of Judge Leonardo Solares, decides to go “hunting” with her best friend Brenda, who suspects Leonardo of cheating on Alma and suggests Alma meet up. Alma meets a charming guy named Dario Guerra at the party, and despite Alma’s reservations, Dario Guerra ends up at Alma’s house, undressing her. Alma gives in to the persuasive guy’s whims after several hesitations but later asks Dario to leave. He leaves for the night, only to return the next day for her femicide lecture.

Alma finds an excuse to leave, but she has a flat tire for some reason. After Dario volunteers to help, Dario and Alma end up at Dario’s mechanic shop, where they have yet another steamy session. Meanwhile, Alma’s friend and old flame Brenda are found dead in the bathtub by Leonardo’s brother, retired police detective Esteban. Esteban sets out on his own to solve the puzzle, but he may end up being the center of attention. He has flashbacks to the accident in which he lost his leg. Another incoming visitor, who could be Brenda’s husband, shoots at Esteban as he leaves Brenda’s house. 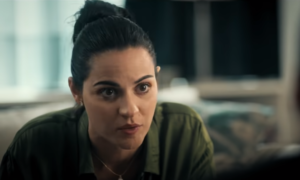 Meanwhile, Animus, an unknown man, texts Zoe, Leonardo, and Alma’s daughter. He eventually seduces Zoe with his seductive words, and she becomes obsessed with him. We learn that this individual is Dario Guerra himself. Dario appears to be a smooth player, leaping over the fences to take a dip in the Solares’ pool. Alma goes to the pool to greet Dario after greeting Leonardo, who has returned from his trip. Leonardo and Edith leave for Guadalajara, and Alma reminds Leo of their anniversary when he returns.

Brenda’s death reeks of foul play, according to Esteban. Meanwhile, Dario stalks Alma in an attempt to get her to contact him. Alma’s therapist suggests that she meet Dario in person because there’s nothing wrong with wanting something. Alma meets Dario as a result of the suggestion, and security footage outside Brenda’s place reveals Dario was present before Brenda’s death. Dario is now the main suspect in Brenda’s murder as a result of this information.

Alma, on the other hand, is unable to bear the burden and spills the secret to Esteban, who is already aware of the situation. After discovering the secret, Esteban tries to close the case quickly by making it appear as if Alma committed suicide to avoid a scandal. For their anniversary, Leonardo plans a surprise dinner and gives Alma an expensive necklace. Dario, on the other hand, is present at the anniversary party to speak with Alma. He also takes a break after their conversation to text Zoe.

Dario pays Lucinda, his mother, a visit, and on his way out, he notices a photograph of his father in Lucinda’s room. When Dario is upset, we see flashbacks to his childhood, such as his mother attempting to drown him and his father killing himself to save face. He was charged with the murder of Leslie Delgado, which he did not commit. We’re getting ahead of ourselves, though.

Dario contacts Zoe after seeing Alma and Leonardo in the act on their anniversary night. He lures Zoe into his shop using the Animus account, and she gradually loses her virginity. Esteban and Alma delve deeper into Dario’s past, revealing the ten-year-old Leslie Delgado case. Dario may hold a grudge against Leonardo because he was the judge in the case. Meanwhile, we learn that Leonardo had an affair with Brenda and that he is the one who broke Esteban’s leg. Leonardo has also noticed telltale signs of Alma’s infidelity, and he believes Esteban is the unfaithful partner.

Alma and Leonardo are worried after Zoe goes missing with Dario. Zoe appears to be fine, but Alma confesses to Leonardo that she had been cheating on him. Leonardo has a nervous breakdown and is taken to the hospital, but new evidence implicates him in Brenda’s death. Leonardo comes under suspicion after Vallejo’s mysterious death. However, the doctors discovered that Leonardo had high sodium levels in his system, which could indicate slow poisoning. Meanwhile, Officer Garcia is doing everything she can to recover the footage from Brenda’s security camera, which reveals that Esteban was the last person to visit Brenda at 1:07 a.m. 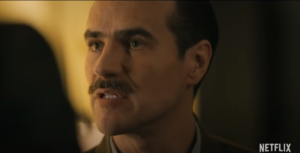 Who Killed Brenda at the End of Dark Desire?

Brenda, as the ending implies, committed suicide. Brenda probably thought she had no choice but to die while Alma and Esteban were busy formulating their theories. She has loved Leonardo since the beginning, and we know that Leonardo’s claim that they were only together for three months is a lie. Finally, as Alma recalls, they all played a part in Brenda’s suicide.

Brenda did not cause Leonardo to end his marriage. Esteban was abusive when he entered Brenda’s room that night. Despite being so-called friends, Alma and Brenda had a distance between them. Brenda was hesitant to tell Alma about her affair because of the list of wrongdoings. Her death was also influenced by society; the same culture values women based on their love quotients and the male figures in their lives. When Alma chose to take her own life, Esteban concocted theories to assuage his guilt, luring Alma into his fiction.

Is Dario alive or dead?

Alma accidentally shoots Leonardo in the leg while attempting to eliminate Esteban when he confesses his crimes at the end of the spiraling eighteenth episode. The irony is that Leonardo treated his brother in the same way. Meanwhile, Esteban declares his love for Alma. However, there is one more twist in store for us at the end. Dario does not appear to be dead, despite what a previous episode implied.

Dario and Esteban did not burn down Dario’s millionaire grandfather’s factory; instead, after burning the Godfather, they made a deal. Now that Dario’s father and uncle, Antonio, and Alberto, are both deceased, Dario has inherited a sizable fortune. He changes out of his mechanic’s garb and into a shrewd suit, patronizing Esteban. With the final twist, it appears that Esteban, a retired cop, will now work for Dario.