Paradise Beach: Explanation of the end! Who is the mole? 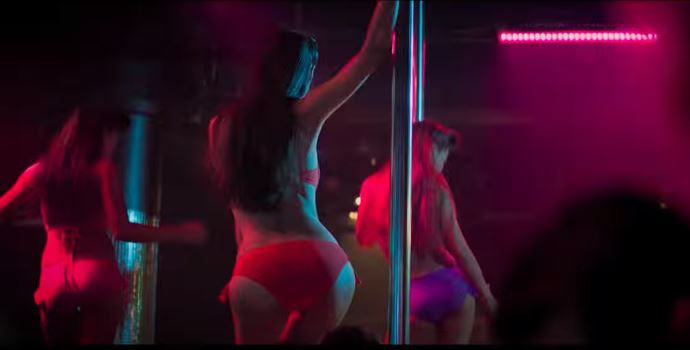 Paradise Beach: Explanation of the end!

DISCOVER THE EXPLANATION OF THE END OF PARADISE BEACH! SPOILERS!

This action-thriller has enough appeal to keep you watching until the end, but the way it accomplishes it, with its angsty protagonist and questionable aesthetic cues, results in a movie that falls short of expectations. target. Read this to find out if a sequel will be released.

The plot begins with a botched robbery. As the cops arrive and our thieves flee with the money, Mehdi is the unfortunate victim and is sentenced to 15 years in prison. We then fast forward to his release, when he flies to Phuket to reunite with his comrades.

After a heady cocktail of drinks and half-naked dancers, he quickly realizes that not everything is as it appears. Unfortunately, his share of the money has vanished, and to reclaim it, he upsets the delicate balance the band has maintained for years and shatters hell. We tell you everything there is to know about the end of Paradise Beach!

Here’s what occurred. Hicham told Mehdi about his wife and his wealthy past on the first day in Phuket. Then he informed her that her share of the money had been depleted. After all this time, all Mehdi wanted was his money back, to leave Phuket and settle down with Julia in Paris or wherever they wanted to go.

Zak expresses his concern about Moussa’s actions, as well as his frustration at being powerless to intervene. This is an excellent starting point for Mehdi’s strategy. He can now kidnap Aom and pin the blame on Moussa.

The real twist is that Hicham was also involved in his wife’s kidnapping. He appeared to be in desperate need of the money as well! However, Tom’s brother had been spying on Mehdi, and when it is revealed that the brothers were seen dividing the money, the entire scheme becomes clear. He eventually shoots both Mehdi and Hicham.

Among other things, Mehdi wonders who betrayed them on the day of the robbery. Franky’s suspicions are confirmed when he begins plotting Mehdi’s death. When Francky discovers the affair, he murders Zak and Winny.

This convinces us of his guilt, but there’s one more twist in store. When Francky tells Hicham everything, Mehdi emerges from the shadows to confirm that no one has betrayed them. The cops had been tailing him before the robbery, which is how they caught up with him.

This means that not only was there no mole in their team, but Mehdi planted the seed of suspicion on purpose. Francky had a dislike for Mehdi and had warned everyone that he would bring them all down. But no one paid attention to him. Mehdi turned them against him before he was proven correct, which resulted in their deaths. It was later revealed that Mehdi was a “bad” man.