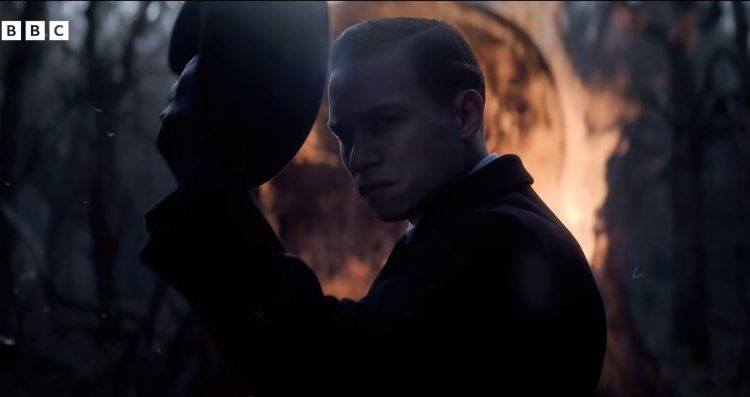 FIND ALL THE DETAILS ON THE RELEASE OF PEAKY BLINDERS SEASON 6 ON NETFLIX! DATE OF RELEASE!

Peaky Blinders is now on Netflix! Continue reading to find out everything you need to know about Season 6’s release! Peaky Blinders Season 6 is the epic period crime series’ final season. Peaky Blinders has slowly built a global following and become a cultural phenomenon since its first season in 2013.

Tommy Shelby has had quite the run in previous seasons of Peaky Blinders. When he returned from World War I, he plotted and worked hard to make his neighborhood gang a major player in postwar England, constantly battling rival mobsters, police, politicians, and his own demons. Read this to find out why Season 5 ended the way it did.

Peaky Blinders Season 6 will put Tommy to the ultimate test as the series comes to a close. In the final scene of Season 5, he is haunted by an apparition of his late wife Grace and tormented by the failure of his latest project, leaving him standing in a field screaming with a gun to his head. Read on to find out how many episodes Season 6 will have.

The cost of success, and keeping it, has changed Tommy and made him more vulnerable over the years, and Season 6 of Peaky Blinders will change Tommy’s character even more. But when will Peaky Blinders Season 6 be available on Netflix? Everything is revealed to you!

WHAT IS THE NETFLIX RELEASE DATE FOR SEASON 6 OF PEAKY BLINDERS?

Peaky Blinders Season 6 was supposed to premiere at the end of 2020. Because the majority of the previous seasons were scheduled to begin around this time. The new episodes had been written and were in the works before the coronavirus pandemic. However, due to social distancing guidelines, filming had to be postponed.

We now have more information. The Peaky Blinders Season 6 premiere date on BBC One has been set for February 27, 2022. However, the series will not always be available on Netflix at the same time as it is broadcast on the channel. Netflix has not specified a specific release date for Season 6 of Peaky Blinders.

They will, however, have to wait approximately 6 weeks after Peaky Blinders has finished airing on the BBC before season 6 is released on the global platform. This means that, in the best-case scenario, the episodes will be available on Netflix beginning April 4, 2022. On our end, we’re leaning more toward a summer release date.

Peaky Blinders Season 6 should provide some solace to fans who were perplexed to see Tommy plotting his suicide. Tommy has been going through a rough patch, with difficulties coming from all directions. Season 6 may delve into Tommy’s traitor from the fifth season finale.

We will also be able to see more of Gina and her family. Along with this, World War II is on the horizon, with the first fumes of war in the air, shaking things up in England. We can expect Tommy and his allies’ lives and ambitions to be influenced by their pre-war hardships.