by Khaled H-B
in Video Games
0 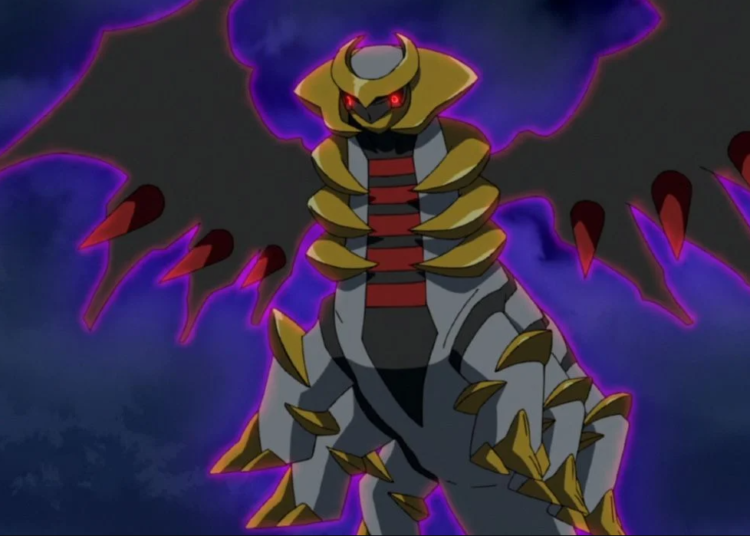 IN POKÉMON LEGENDS ARCEUS, LEARN WHERE TO FIND AND CAPTURE GIRATINA! HOW DO I CHANGE THE PLATINUM ORB’S SHAPE?

Giratina is one of the fourth generation’s most popular Pokémon. Fans have been drawn to this powerful species since it first appeared in Pokémon Diamond and Pearl, and now they can catch it once more in Legends: Arceus. Read this if you want to catch Regigigas.

Even though it is not depicted in the game’s promotional materials, Giratina plays a significant role in the story told during this first adventure in the Hisui region. If you keep exploring the region’s secrets, you’ll eventually come across Giratina. Read on to learn how to locate Shiny quickly.

Here’s everything you need to know about encountering and catching Giratina in Pokémon Legends: Arceus if you want to speed up the process by understanding where you are and what you need to do.

IN POKÉMON ARCEUS, HOW DO YOU GET GIRATINA?

Players must first complete Mission 26: Find the Remaining Plates before they can encounter this Ghost-Dragon-type Pokémon. Players will be able to interact with Professor Laventon and obtain Mission 91: On the Trail of Giratina only after completing this mission.

Once at the top of the mountain, players must descend and enter the Grotto of Return’s visible opening. Players are immediately confronted by a level 70 Original Form Giratina in combat as soon as they enter the Cave of Return.

HOW CAN GIRATINA’S SHAPE BE MODIFIED?

The Platinum Orb is required for players to transform their Giratina from Original to Altered form. After catching Giratina in the cave, players will immediately receive the Orb, allowing them to obtain this item.

Following the battle, a scene depicting Pokémon Legends protagonist Arceus picking up a fallen Platinum Orb will be triggered. The Orb, which can be found in the menu and given to Giratina, allows players to switch between the two forms, Origin and Altered.

It’s worth noting that changing Giratina’s Form affects the Legendary Pokémon’s appearance as well as its stats. The attack and defense stats are reversed in both forms, although they share the same moves and typing. The Attack of the Origin Form is higher, while the Defense of the Altered Form is higher.

Pokemon Go Spotlight Hour: Everything You Need to Know!

Pokemon Go Festival of Colors Event: Everything you need to know!

Pokémon Arceus: Where to find Regigigas? How to capture it?