Get everything you need to know about A Million Little Things!

Is there a new episode of A Million Little Things on ABC tonight? We know the show has been on hiatus for the past week but has it returned with new episodes?

We don’t want to keep you waiting any longer, so let’s get right to the good news: there WILL be another installment in just a few hours! Not only that but for at least the next few weeks, there will be chances to see the series again. We should learn a lot about some key relationships in these episodes, including Maggie’s and Gary’s, as well as a chance to learn more about Katherine’s past and Eddie’s present.

The title of tonight’s episode is “School Ties,” which we assume refers to Katherine’s situation as she attends her high school reunion. Take a look at the complete A Million Little Things to season 4 episode 14 synopsis for more information on that: 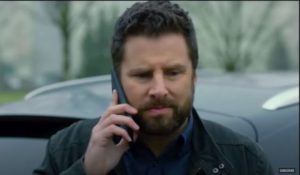 “school ties” – Now that Maggie and Gary have reconnected, they take important steps to ensure their relationship’s future. On an all-new episode of “A Million Little Things,” airing WEDNESDAY, APRIL 6 (10:00-11:00 p.m. EDT), Regina’s estranged parents reunite to assist her new business; Katherine and Greta attend their high school reunion, and Rome’s documentary has an impact on impressionable students at his old prep school. (D, TV-14) The day after their premieres, episodes are available on-demand and on Hulu.

Now that we’ve laid out what’s in store for tonight (we’ve also included a promo below), we’d like to remind you to keep watching the show live. After all, that’s the best way to ensure it returns in season 5 with more new episodes! There’s nothing official there yet…

What are you most looking forward to seeing tonight on A Million Little Things season 4?

Are you relieved that the break is over? Immediately post all of your thoughts and hopes in the comments section! After you’ve completed this, we hope you’ll stay on the site for a few more updates you won’t want to miss.