All American season 4 episode 16: Can Spencer define who he is? 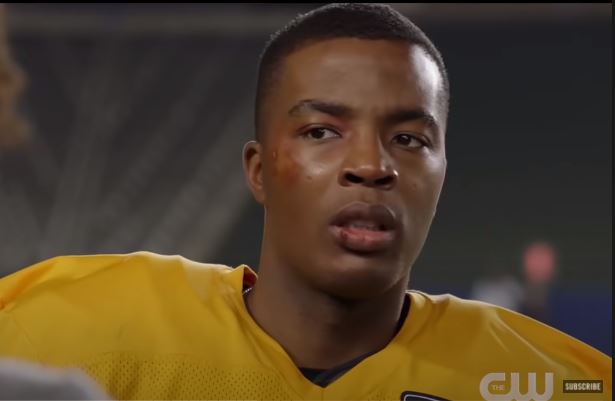 All American season 4 episode 16: Can Spencer define who he is?

Get Everything you need to know about All American season 4 episode 16! Spoilers

Next week on All American season 4 episode 16, you may see a story titled “Labels” that is centered on one concept above all others: identity. Who exactly is Spencer? What does he want to be remembered for? Sports are a part of it, but we now live in a time when athletes are brands. It’s one of the reasons why many people follow individual players rather than teams these days; they become attached to people because of what they represent and their off-the-field interests.

The All American season 4 episode 16 synopsis below gives you a good idea of what’s ahead on this topic, as well as several other important plotlines:

SELF-DEFINITION – Spencer (Daniel Ezra) is under pressure to figure out his NIL brand, but he soon discovers that he isn’t the only one who is struggling to figure out who they are. Olivia’s (Samantha Logan) story complicates things for Jordan (Michael Evans Behling) and possibly for her as well. Patience (Chelsea Tavares) has a new album release party, and things get awkward for her and Coop (Bre-Z.) Billy (Taye Diggs) struggles to control everything going on in his life. Meanwhile, Layla (Greta Onieogou) and Jordan (Michael Evans Behling) are forced to confront their demons after being locked in Layla’s recording studio, putting their friendship to the test. The episode (#416) was directed by James Lafferty and written by Mike Herro and David Strauss. The original airdate was 4/25/2022.

We don’t believe Spencer should be completely forced to understand who he is at this point. After all, that’s a pretty lofty goal to have! He’s still young, but so much of this episode and era speaks to the pressure on college students to understand what they’re putting out into the world almost immediately. Much of the time, these are difficult waters to navigate.

What are you most excited to see in All American season 4 episode 16?

Make sure to share some of your thoughts in the comments section right now! We’ll have more updates coming soon, and we don’t want you to miss anything.