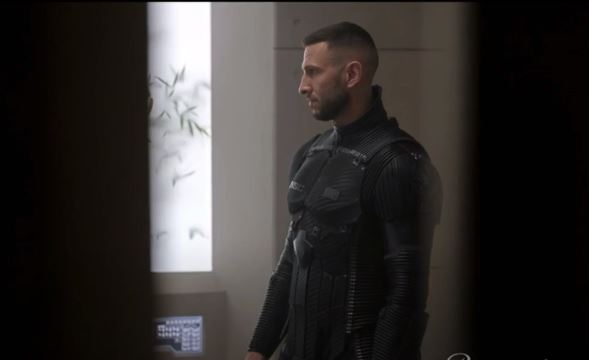 Get Everything you need to know about Halo season 1 episode 6!

Master Chief has a lot to answer for as we get closer to Halo season 1 episode 6 on Paramount+ next week.

In this week’s episode, for example, we saw how dangerous John can be, as well as how big of a heart he can have. He made a huge sacrifice for the sake of helping Kai with the artifact, but doing so has resulted in it falling into Covenant hands.

He’s now in a position where the deck is stacked against him more than ever, and that’s before we even get into the Makee factor.

The stunt she’s pulling (or at least what we think is a stunt) will be interesting to watch in episode 6. Can she persuade John to take the next step? In general, we anticipate that turmoil will be a major theme for Pablo Schreiber’s character in the coming episodes.

He’ll be pulled in many different directions; we’ve already seen some differences with Cortana, and the rest of the season could reveal who he truly is.

Will the season come to a successful conclusion? At this point, we don’t believe it’s possible to please everyone. There’s no denying that the majority of the show has been polarizing at this point, particularly among game fans.

We still consider it a commercial success, and the fact that a season 2 is on the way gives the writers some leeway to continue developing everyone in the cast.

By fleshing out the characters, the remaining episodes should be more action-packed and in line with some of what you’ve played on Xbox for so long.

What do you want to see the most in Halo Season 1 Episode 6?

What do you think will happen to the story as we get closer to the end? Make sure to share your thoughts in the attached comments section right now! Once you’ve done that, be sure to check back for more updates.