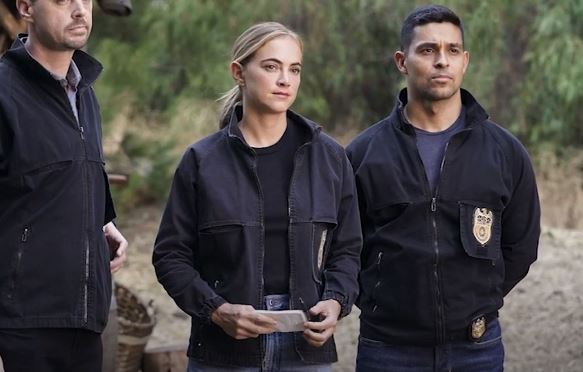 Get Everything you need to know about NCIS season 19 episode 18!

We already knew that Monday’s NCIS season 19 episode 18 would be a big story for one Nick Torres. We now have additional evidence of this.

Wilmer Valderrama shared a sneak peek of his character alongside Dr. Grace Confalone in a new Twitter post — it’s one that we posted a couple of days ago, and it’s the caption here that has us the most intrigued. He specifically mentions how “everything changes for Torres.”

So, in this context, what does “everything” mean? We’re hoping for a fairly seismic shift? It’s important to remember that for a show like NCIS, one of the most important aspects is that the characters remain relatively stable from beginning to end. It’s not like there’s a rush to show them evolving.

We don’t have a clear idea of what this big change is or what it needs to be for the character. Instead, the only thing we’re hoping for is that it gives us a better understanding of who Nick is and who he wants to be in the future. He deserves to be happy like everyone else, and it’s felt like he’s found all of these different ways to torment himself since Bishop left. He does deserve a second chance, and perhaps this episode will set him on the right path.

What do you want to see the most on NCIS season 19 episode 18?

How do you believe Nick Torres’ situation will change? Make sure to share your thoughts in the attached comments section right now! Once you’ve done that, remember to come back here for any other updates you don’t want to miss.