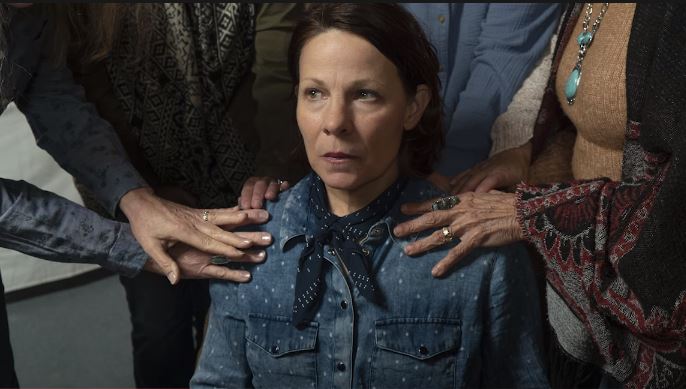 DISCOVER THE SYNOPSIS AND EXPLANATION FOR THE END OF OUTER RANGE EPISODE 6 ON AMAZON PRIME VIDEO! SPOILERS!

The series is a mash-up of western and science fiction, focusing on a rancher named Royal Abbott and the bottomless black hole he encounters while defending his land and family in Wyoming’s wilderness.

The Abbotts begins the story by searching for their missing daughter-in-law, Rebecca, and defending their land from neighboring Tillerons.

For the time being, Outer Range is keeping its secrets hidden, but Autumn’s interest in the Abbott family and warnings about Rebecca’s disappearance appears to be critical in finally solving the mystery.

With four episodes remaining until the season’s conclusion, the outcome of Autumn’s conversation with Perry will be critical to the ongoing rivalry between Royal and Autumn. To learn when episode 7 will be released, continue reading.

And if Royal’s interpretation of the mountain’s demise is any indication, the supernatural and time-travel elements of the series will only intensify in the final two weeks. Here is a synopsis and explanation of the conclusion to Outer Range episode 6 on Amazon Prime Video!

Episode 6 begins with Royal rushing to the Pit and discovering Autumn standing nearby. He offers to accompany her back to her camp, but Royal has ulterior motives, clearly influenced by the visions he witnessed at the end of “Outer Range” episode 5.

Royal attempted to scare Autumn as soon as she sat on her motorcycle by speeding up the vehicle, and Autumn jumped off the motorcycle, injuring her leg.

As she lay on the floor, she demanded that he return her necklace, and when Royal revealed that he had run her over, she burst into fits of laughter.

The following morning, Royal went to church for an unknown reason, prompting Cecilia to recall Autumn’s statement that something strange was going on with him.

Autumn finally arrived at her camp and discovered that it had been set on fire. What concerns her, however, is that she lost her medication lamotrigine in the fire and immediately went to a pharmacy to obtain it or a substitute.

Inside the motel room, she used a pocket knife to inscribe an occult symbol that looked exactly like the Abbott family mark beneath her neck.

She was gradually transforming into a maniac, seeking vengeance on her adversary, and thus decided to inform Perry about her father’s attempt to murder her and the likelihood that he was the one who murdered Trevor. 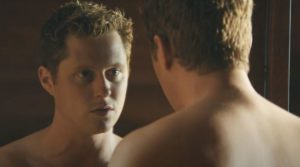 Perry, who was aware of the truth about Trevor’s murder, attempted to control Autumn, but she was completely out of control. By then, Perry realizes that things have gotten out of hand and that he cannot continue to conceal the truth or his family will suffer the consequences of his crimes.

He chose to surrender and wrote a confessional letter, which he left at the sheriff’s office and informed his family later that night on his way home.

As soon as the revelations reached the family, an argument between the brothers erupted. Rhett lost his temper and attempted to attack Perry because he believed Perry would not die alone, as Rhett and Royal assisted him in burying Trevor’s body, and his self-centered decision would bring the entire family unhappiness.

Rhett then inserts Rebecca into the conversation, further complicating matters, and finally, Perry reveals that Autumn is going to inform the sheriff that Royal attempted to dispose of Trevor’s body, explaining why he confessed to his crimes to save his father.

Royal had warned his two sons to stay away from Autumn, but they ignored him, and he lost control and attacked Perry, smashing glass from the shelf and injuring Amy. She bolted from the house when she noticed a police vehicle approaching their house, which she assumed was Joy on her way to arrest Perry.

Autumn was also strengthening her bond with Billy, as she already knew he would inherit the property and would likely assist her in gaining control of the West Pasture, as well as the mysterious well there.

However, another force is at work here to protect Royal and his lands, and it is likely the same force that conspired against the corrupt County Assessor, Kare P. Cleaver, and resulted in a car accident that may not have killed him, but will almost certainly delay the hearing of the two rivals’ legal dispute.

The third factor is the mining company BY9, which has only recently entered the arena but will almost certainly have an impact on the story and characters in the upcoming episodes.

Royal has started a war with Autumn, and she has joined forces with her rival, Billy, Wayne’s son, to fight back; let’s see how she responds next.