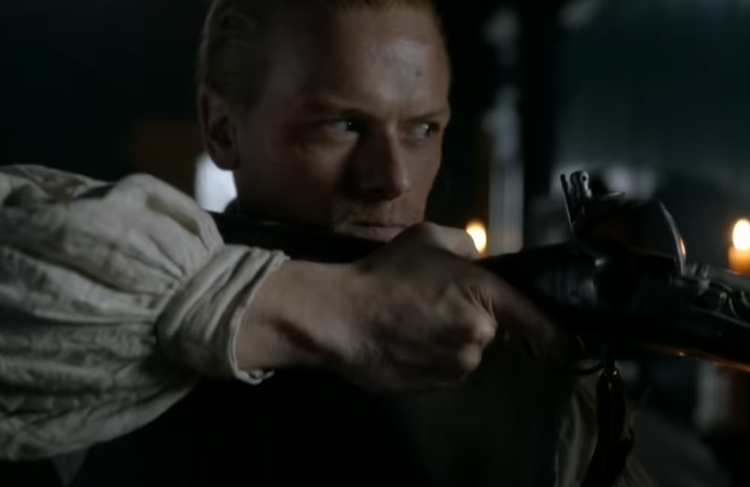 FIND THE SUMMARY AND EXPLANATION OF THE END OF EPISODE 7 OF SEASON 6 OF OUTLANDER! SPOILERS!

Outlander is now on Starz & Netflix! Continue reading for a summary and explanation of the end of Season 6 Episode 7! We’re back at Fraser’s Ridge after a week off.

After Claire was discovered near Malva’s body, rumors began to circulate. Can she keep the rumors from entering her mind? Will she be able to establish her innocence? Read on to find out what Episode 8 will be released.

While Claire tries to do this, it appears that Jamie and the others will want to solve the murder. Could the Beardsley twins face murder charges? Do they have any connection to this case? Here’s a summary and explanation of the final episode of Outlander Season 6!

The seventh episode of Outlander Season 6 begins with Tom and Allan Christie inspecting Malva’s body. Tom suggests burying her outside the Ridge as an unforgivable sinner, but Jamie insists on a proper burial in the churchyard. Read this to find out who murdered Malva.

Young Ian is unsuccessful in his search for the Beardsley twins, but he meets Lizzie, who informs him that she is pregnant. Jamie and Claire inquire about Lizzie’s pregnancy.

She reveals that her baby’s father is a Beardsley twin. She cannot be certain of the father’s identity because she was romantically involved with both at the same time.

During Malva’s funeral, Allan forbids Claire from touching the coffin of Malva’s dead baby. Claire uses ether to calm herself down after the funeral. Lizzie joins Josiah and Keziah Beardsley at Roger and Brianna’s. Roger extends Josiah’s hand to Lizzie, unaware that Jamie has already extended it to Keziah. 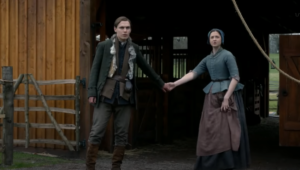 Richard Brown and his men arrive at Fraser’s Ridge after Malva’s funeral to arrest Claire for Malva’s murder. Claire’s efforts to save Malva’s baby following her mother’s death pave the way for several accusations to be leveled against her. With no witnesses to prove Claire’s innocence, Richard may find it easy to make an arrest.

Claire’s life hangs by a thread when it comes to the eventual trial. Claire, more than anyone else, is aware that her alleged motive for killing Malva may place her in jeopardy during the potential trial.

Claire’s death, on the other hand, is unlikely. We can expect the truth about Malva’s murder to come to light before her life is jeopardized.

Roger reveals to his wife Brianna his desire to be ordained as a pastor at the end of episode 7 of Season 6 of Outlander. When she accepts, he informs her that Edenton has a parsonage. They both agree to leave as soon as possible. Brianna initially questions Roger’s desire to be a pastor.

Brianna fears a repeat of just such a situation, where Roger will be kept away from her, Jeremiah, and their unborn child to mind other people’s business.

Recognizing Brianna’s concern, Roger promises that he will always be first and foremost a husband and father. They travel to Edenton so that Roger can fulfill his dream of becoming an ordained minister.